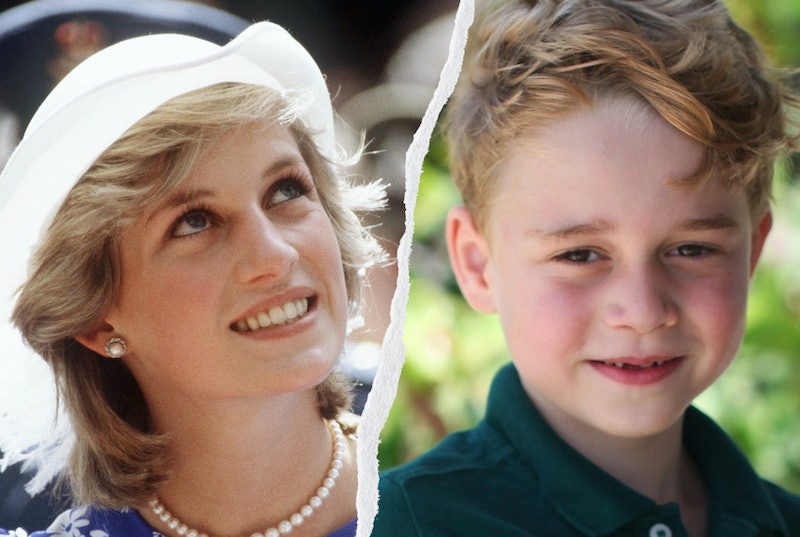 Tim Graham/Getty / The Duchess of Cambridge/Shutterstock
By Sam Ramsden
July 20, 2021

The eldest child of the Duke and Duchess of Cambridge, Prince George, is due to celebrate his eighth birthday on Thursday, July 22. And, going by comments made by the young royal’s godmother last year, George will likely partake in a birthday tradition started by his late grandmother, Princess Diana.

Prince George's godmother Julia Samuel, who is recognised as one of the UK’s leading psychotherapist, was a close friend of the Princess of Wales and kept in touch with Prince William and Prince Harry following Diana’s tragic death in 1997.

Speaking on Elizabeth Day's How To Fail podcast in July 2020, Samuel revealed that she always makes sure to purchase a toy for George that is virtually “impossible” to put together and makes a lot of noise once it is. She says the idea came from Diana, who had a similar approach to gift giving.

“I do to George what [Diana] did to [me and my children] and give impossible toys that are really noisy and take a lot of making.” She says she gives him a present that “William then has to spend days putting together ... and then it makes awful tooting noises and lights flashing and all of that and that makes me laugh and it makes George laugh.”

Samuel opened up further about the “funny, feisty and cheeky” Prince George during her appearance on the How To Fail podcast back in July 2020, and revealed that his late grandmother “would have loved him.”

“He is amazing. He's funny and feisty and cheeky and, god, [Diana] would have loved him so much. That is heartbreaking for all of them,” she revealed to podcast host Elizabeth Day.