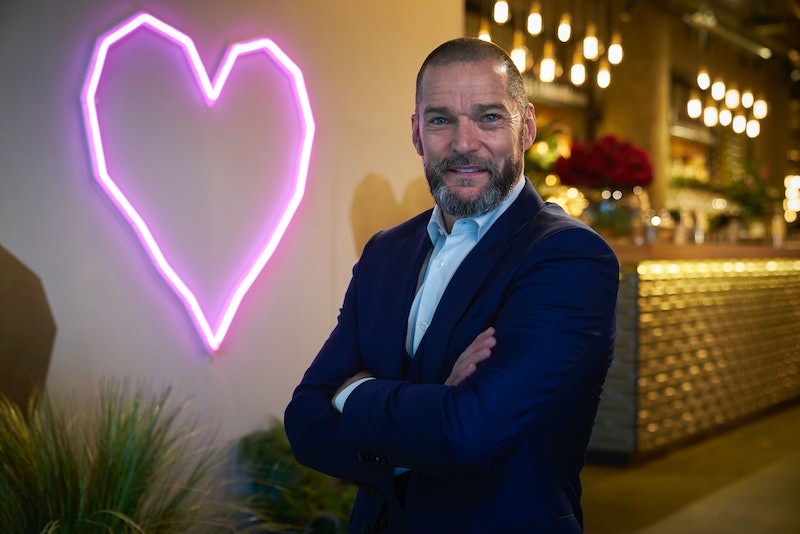 2020 essentially threw away the dating rule book as we knew it. Whether you’re single or partnered up, the days of putting on your nicest top to go to a bar for a drink and flirt are long gone. However, that doesn’t mean you can’t reminisce. Enter First Dates. But how can you land yourself a date on the popular show? Or maybe you’re asking for a friend. Either way, here’s how to apply for First Dates.

First Dates opened its doors in 2013 and has gone on to warm thousands of hearts with it’s seriously adorable matches. Series 16 will be the first in their new restaurant: Manchester’s The Refinery. Filming took place in summer 2020 and while the venue is new, Fred Sirieix will still be the man to greet you at the door.

How To Apply To First Dates?

To apply to appear on First Dates, hopefuls will first need to visit the First Dates Take Part page, hosted by production company Twenty Twenty, which briefs aspiring contestants with information about what they are actually applying for. The details are as follows:

"First Dates is a documentary series that helps contributors find a partner from a pool of other singletons and captures the highs and lows of first dates on camera. Each episode will feature a number of intimate first dates. In-depth interviews will help the viewers get to know the daters. Discreet cameras will record the date from start to finish — from first impressions, through all the awkward, heart-warming and funny moments, to the end of the date and the discussion about whether or not a second date is on the cards."

First Dates is best known for its ability to find singles with amazing stories and match them up properly. This is no coincidence. The application process is quite long.

After being asked to fill out their name, age, address, mobile number, email address and occupation — as well as describing themselves in less than 250 words — the First Dates application then asks the applicant more personal questions, such as "describe your body type" and being asked whether or not they smoke or have children (although there is the option to not disclose such information by clicking "rather not say").

The First Dates application form will also ask for the details of aspiring contestants' public Facebook, Instagram, Twitter, and YouTube accounts. Oh, and they'll also need to upload a photograph of themselves to complete the application. There is also the option for applicants to include a video of themselves before applying, although that isn't a requirement.

Who Can Apply For First Dates?

While anyone can apply to be on the show, there are a few rules. You must be 18 or older, be who you say you are in your application, and be single. While bending the truth on your dating profiles might not seem like such a big deal, you shouldn’t include anything in your First Dates application that you wouldn’t want to refer back to later.

What Can Successful First Date Applicants Expect Next?

If your application is successful that doesn’t mean you’ve secured your spot in the restaurant. Don’t prepare the witty chat you’re going to have with Merlin just yet. You may be invited for more auditions. As First Dates producer Molly Sayers told Radio Times: “There’s the phone call first, then you’re invited for an audition and then there might be several follow-up phone calls. And then the big master interview as we call it — or the pre-date chat — which is the one you see in the programme, that is 90 minutes." Fingers crossed.

First Dates airs on Channel 4 and is also available on 4OD.

More like this
'Dubai Hustle' Is BBC Three’s Answer To 'Selling Sunset'
By Catharina Cheung
We’ve Got A Text! 'Love Island' 2022 Finally Has A Release Date
By Sam Ramsden
'Conversation With Friends' Star Alison Oliver Is Dating A 'Normal People' Alum
By Rachel Mantock
'Selling Sunset’s Amanza Has Been In A Secret Relationship For Two Years
By Rachel Mantock
Get The Very Best Of Bustle/UK

This article was originally published on June 28, 2018