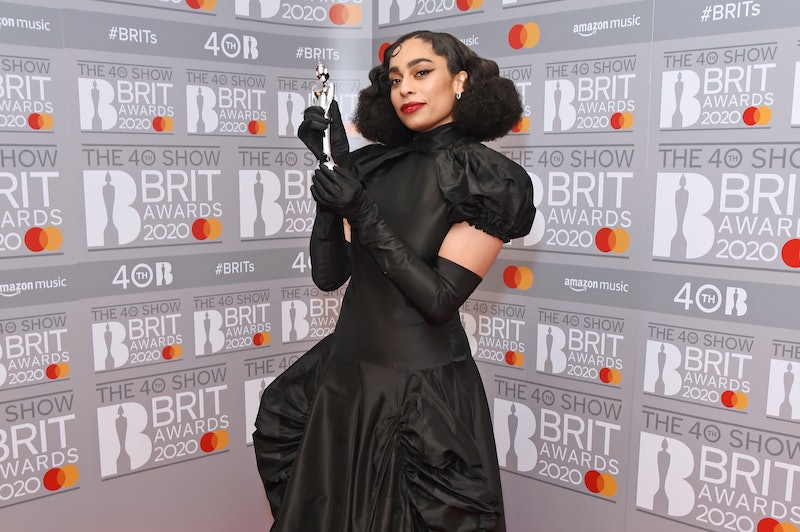 The pandemic has caused major disruptions throughout the 2021 awards season, with some ceremonies being held virtually and without an audience. However, the 2021 BRIT Awards have been given the green light and will become the first large-scale event in the UK to go ahead with a live crowd. Host Jack Whitehall will return to oversee proceedings once again, and viewers can expect a thrilling line-up of live performances from some of the biggest names in the music industry. So, if you’re wondering how to get tickets to the Brit Awards 2021, here’s everything you need to know about the ceremony.

As the BBC reports, this year’s BRIT Awards will take place on Tuesday, May 11 at London’s O2 Arena. The event will again be hosted by comedian Jack Whitehall and be attended by an audience of 4,000 people.

The ceremony will be part of the government-led Events Research Programme, which aims to test how large venues and events can safely reopen. Attendees will not be required to socially distance or wear masks. However, they will need a negative COVID test upon entry.

How To Get Tickets To The 2021 BRIT Awards

Applications for free tickets to the 2021 ceremony will open on the official BRIT Awards website from Thursday, April 22. However, you may only enter the ticket ballot if you live in the Greater London area and have been classified as a key worker throughout the pandemic.

Per iNews, organisers stated that tickets have been gifted to key workers by major record labels to show their appreciation “for their remarkable hard work and selfless commitment.”

Who Is Performing At The BRITs?

As for performers, the likes of Coldplay, Dua Lipa and Rising Star Award winner Griff have been confirmed to be taking to the stage during this year’s ceremony, which, as NME reports, was delayed by three months from the show’s usual February slot due to the coronavirus pandemic.

Per Sky News, the 2021 BRIT Award nominees have also been hailed the most diverse in the ceremony’s history, having more female acts nominated in the best album category than male for the first time ever. With three nods each, Arlo Parks, Celeste, and Dua Lipa lead this year’s nominations, and are joined in some of the show’s major nomination categories alongside, Joel Corry, Young T, Bugsey, Ariana Grande, and Taylor Swift, among others.

In a statement, chief executive at the Brits, Geoff Taylor, teased this year’s ceremony will be “one of the most significant in the show’s history.”

As iNews reports, he continued, “Not only will we be celebrating the brilliant music and artists that have helped us through the pandemic, but we hope it will provide a path for the return of live music that fans and artists have so sorely missed.”