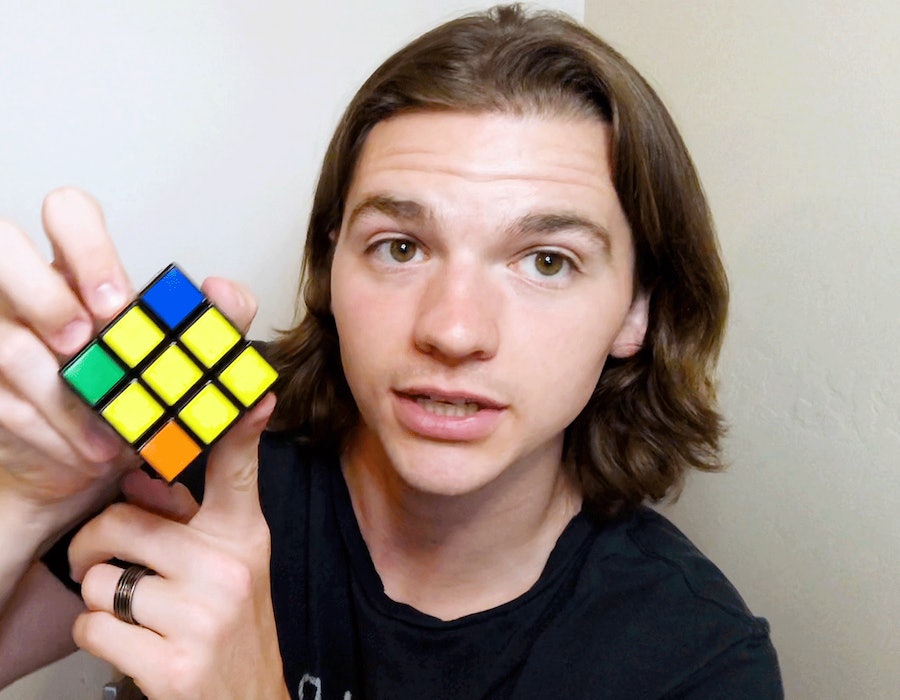 Solving a Rubik's cube is maybe one of the most mind-boggling ways to distract your mind, but actor Joel Courtney swears by it as a way to free your mind — all it takes is time, patience, and a little bit of luck. And Courtney is definitely one to be believed in the luck department. In an impossibly perfect case of Hollywood magic, Courtney (who had never acted professionally before) was in Los Angeles to visit his brother, actor Caleb Courtney. His plan was to audition for commercials, but somehow, some way, he ended up with the lead role in Super 8, the summer 2011 hit from J. J. Abrams and Steven Spielberg. In other words, just like that, Courtney managed to solve Hollywood's complicated puzzle.

More recently, he's moved on to projects like The Kissing Booth and The Kissing Booth 2. And on the set of the first film, he learned to solve yet another puzzle: the Rubik's cube. Courtney says that he didn't do it on his own; his co-star, Joey King, taught him how to do it. After solving it for the first time, Courtney says Rubik's cubes remain one of his favorite distractions, despite the fact that they are almost impossible to solve.

"This is not easy, and I guarantee you, you will not be able to do this in one day," Courtney tells Bustle. "But they are fun. I like having them around, because they take your mind off of things and distract you."

If you're up for the challenge, follow along with the video above to see Courtney's tricks to solving the original brainteaser. And, if you've watched the video a million times and are ready to branch out on your own, here are the steps, for easy reference: