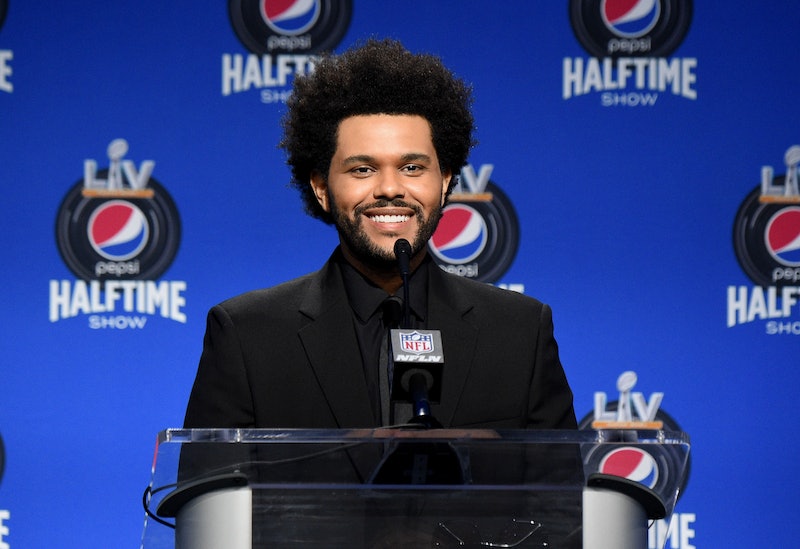 The Super Bowl Halftime show is often appointment viewing – even for people who don't regularly watch football. This year, The Weeknd is performing, and he's treating the event as a solo act. "There wasn't any room to fit it in the narrative and the story I was telling in the performance. So there's no special guests, no," he told the NFL Network, according to CNN. Anyone who wants to tune in to see what that narrative ends up being can stream the 2021 Super Bowl halftime show for free online.

There are a few different ways to tune in to the show, which should start around 8:00 or 8:30 p.m. ET depending on how quickly the first half is played. Traditional television viewers can watch on CBS, where it moved after NBC decided that it wanted to air the 2022 Super Bowl instead alongside the 2022 Winter Olympics.

For online viewers, the Super Bowl is available on CBS All Access if you have an account (or want to get a seven-day free trial). And the game itself is also streaming for free on the CBS Sports website or the CBS Sports app for anyone using a mobile device. Presumably if the game is streaming on CBS Sports, the halftime show would also — unless the network decides to air commercials at that time.

If that turns out to be the case, people can tune in to see the halftime show on any of the streaming sites that offer CBS as a channel. These include Hulu + Live TV, Fubo TV, and YouTube TV — all of which offer free trials to new users.

Whichever way you choose to watch, it's sure to be an entertaining show — if only because The Weeknd is cooking up some kind of musical story that apparently only he alone can tell.

More like this
'Breaking Bad' Duo Walt & Jesse Are Back — In This Super Bowl Commercial
By Jake Viswanath
Linda Ronstadt’s “Long Long Time” Plays A Pivotal Role In The Last Of Us
By Brad Witter
Taylor Swift Visited The 'Glee' Set For This Bizarre Season 5 Episode
By Grace Wehniainen
Hilary Duff's Husband Matthew Koma Has Her Name Tattooed On His Butt
By Jake Viswanath and Stephanie Downs
Get Even More From Bustle — Sign Up For The Newsletter
From hair trends to relationship advice, our daily newsletter has everything you need to sound like a person who’s on TikTok, even if you aren’t.