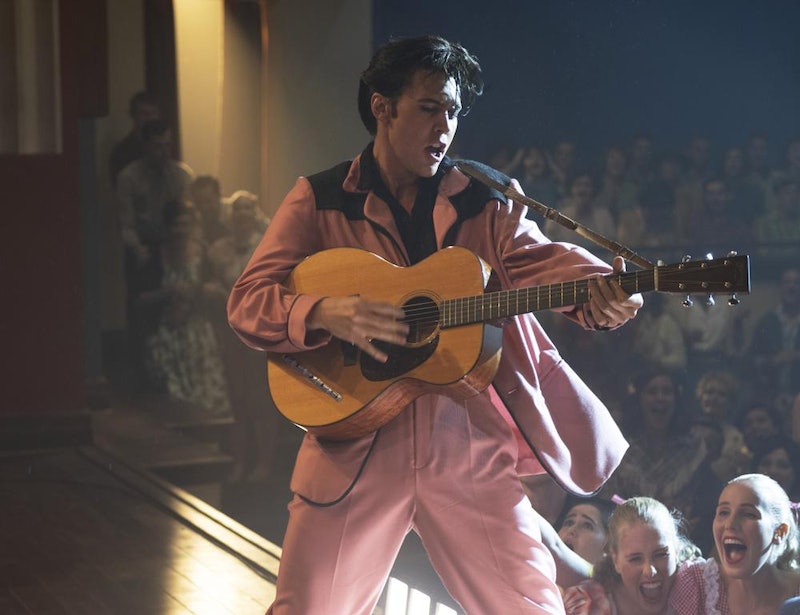 Luhrmann, who’s best known as the director of the visually distinctive Moulin Rouge! and Romeo + Juliet, was a fan of Elvis as a child, and developed Elvis over the course of 10 years. In an interview with IndieWire, he explained that he spent that time meticulously researching the singer’s life, speaking to people who’d known him, and coming to understand him as a performer. He also told IndieWire he hopes his film will connect the legend to a generation of younger listeners — perhaps that’s why the film’s soundtrack mixes Presley’s crooning voice with the stylings of artists like Doja Cat and Kacey Musgraves.

The film was released theatrically on June 24 by Warner Brothers — but not everyone wants to trek to the theater to see it. Below, how to stream Elvis at home.

How To Stream Elvis

Elvis isn’t currently available to stream. Unlike last year, Warner Brothers isn’t making its theatrical releases available on HBO Max on the same day. Instead, the studio is waiting at least 45 days to put its new releases on its streaming platform. That means that for now, the only way to see Elvis is at a movie theater — but that you’ll likely be able to stream the film on HBO Max on or around Aug. 8, 2022.

The film will likely also be available to rent through video-on-demand platforms — like Apple TV, Amazon Prime, and Google Play, among others — around that time as well.

How Critics Have Responded To Elvis

Responses to Luhrmann’s Elvis have been strong, to say the least. The New York Times’ A.O. Scott was unimpressed by how the film “teeters between glib revisionism and zombie mythology, unsure if it wants to be a lavish pop fable or a tragic melodrama,” and IndieWire’s David Ehrlich slammed it as “a sadistically monotonous super-montage.”

Still, the film maintains an 80% rating on Rotten Tomatoes and a 63% on Metacritic.