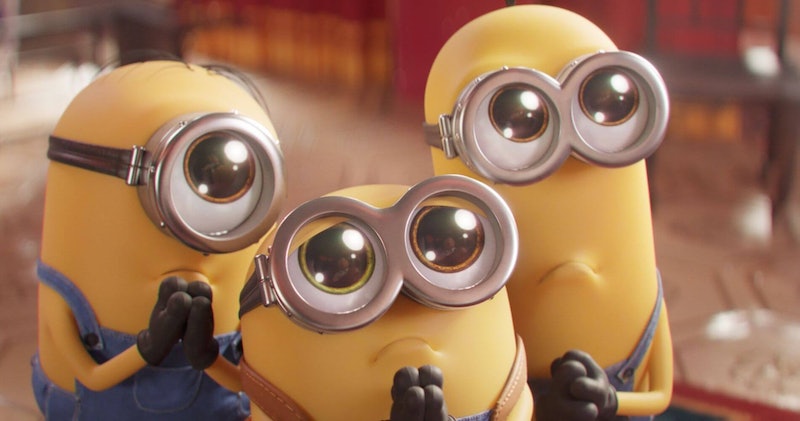 If you’ve been alive in America for some part of the past 12 years, you know the Minions. The small, yellow characters — pill-shaped creatures who wear distinctive jumpsuits and goggles and speak in a high-pitched gibberish language only they can understand — first appeared in the animated film Despicable Me in 2010. Since then, they’ve been everywhere: On T-shirts, in Happy Meals, in TV ads, and in the several sequel and prequel films. Now, they’ve returned once again, in another prequel, Minions: The Rise of Gru, which features Steve Carell as the voice of supervillain — and Minion boss — Gru. This time, though, Gru isn’t a fully-fledged evildoer, but only a suburban teenager with big dreams.

To find out to watch Minions: The Rise of Gru on streaming, read more below.

Is Minions: The Rise of Gru available to stream?

As of now, no. During lockdown, studios made most of their films available to stream at home, but they’ve since shifted back to theatrical-only releases. (Given how much money movies like The Batman and Jurassic World Dominion have made lately, that’s no surprise.) So for now, if you or your kids want to see Minions: The Rise of Gru, you’ll have to go to a theater.

But it won’t be too long before the film’s available to stream. Minions: The Rise of Gru will hit Peacock first — and though an official premiere date hasn’t been set, it should be sometime between 45 and 90 days after its theatrical release (in other words, between August 15 and September 29).

Once the movie hits Peacock, it’s expected to stay there for 4 months. After that, it’s reportedly set to move to Netflix for 10 months before returning to Peacock.

Is Minions: The Rise of Gru available on VOD?

Minions: The Rise of Gru will likely hit video-on-demand platforms — think Google Play, Amazon Prime Video, and Apple TV, among others — the same day it premieres on Peacock. Bustle will keep this story updated as more information becomes available.

More like this
How To Stream 'Bodies Bodies Bodies'
By Morgan Leigh Davies
What’s New On Netflix: 'Never Have I Ever' & 'Indian Matchmaking' Return
By Arya Roshanian
What’s New On Netflix: 'Bridget Jones’s Diary' & 'Monster-in-Law'
By Arya Roshanian
Here’s Everything Coming To & Leaving Netflix In August
By Jake Viswanath
Get Even More From Bustle — Sign Up For The Newsletter