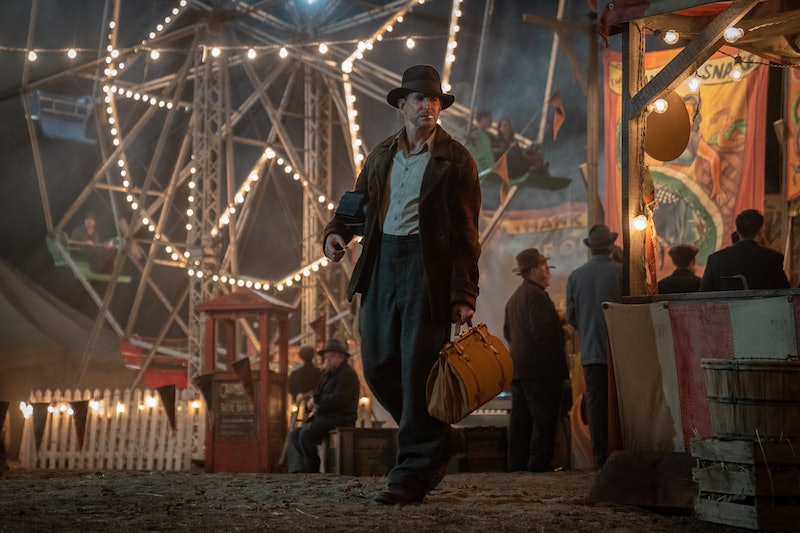 Guillermo del Toro’s latest film, the eerie noir Nightmare Alley, was nominated for four Academy Awards earlier this week, including Best Picture. The movie, which is adapted from a cult pulp novel first published in 1946, is a perfect fit for its director’s Gothic sensibilities: Set largely at a run-down, Depression-era carnival, it focuses on outcasts, grifters, and the uncanny. Like del Toro’s woman-fish man romance The Shape of Water — the director’s previous film, which won four Oscars, including Best Picture and Best Director — Nightmare Alley is meticulously crafted. And although none of its actors were nominated, it features an all-star cast including Bradley Cooper, Cate Blanchett, and Shape of Water alum Richard Jenkins.

Now that the movie has been embraced by the Academy, audiences are particularly eager to see it ahead of the Oscars in March. Here’s how to stream Nightmare Alley ahead of the awards show.

When it was first released in December 2021, the film was only available in theaters, meaning that anyone hoping to watch Nightmare Alley at home was out of luck. Fortunately, that’s no longer the case.

Viewers can now catch Nightmare Alley on HBO Max or on Hulu. Unfortunately, the film isn’t currently available on Netflix or any other major streaming platform.

As of March 8th, the film is available on VOD services.

The film has now made its way onto video-on-demand platforms, including as Amazon Prime Video, Apple TV, and others. Currently, the film is only available for purchase, not for rental, at a rate of $19.99.

Bustle will keep this article updated with any new developments.

More like this
11 Movies To Watch At The 2023 Sundance Film Festival
By Chloe Foussianes
Here’s Everything Coming To & Leaving Netflix In February
By Jake Viswanath
Stephen Graham & Steve McQueen Are Working On A Wartime Drama
By Darshita Goyal
Pamela Anderson’s Dating & Marriage History Could Be Its Own TV Series
By Jake Viswanath
Get Even More From Bustle — Sign Up For The Newsletter
From hair trends to relationship advice, our daily newsletter has everything you need to sound like a person who’s on TikTok, even if you aren’t.