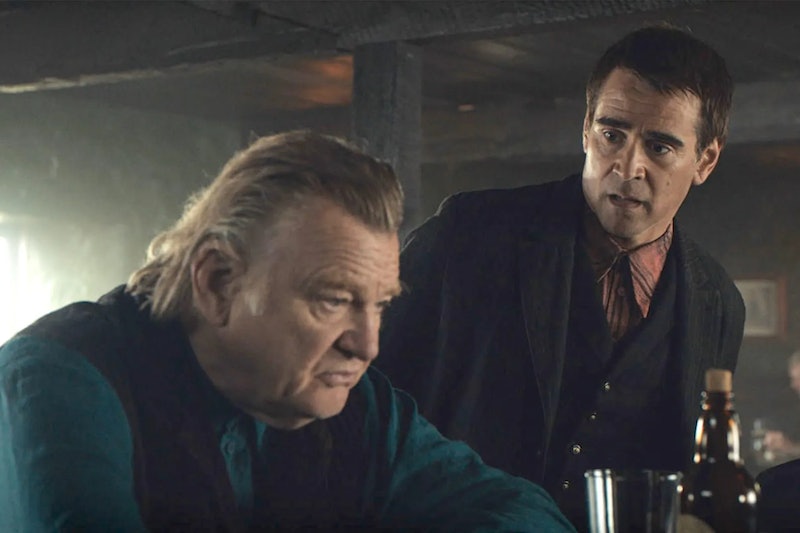 The Banshees Of Inisherin has amassed critical acclaim worldwide, prompting a strong Oscar buzz. Starring Colin Farrell and Brendan Gleeson in the lead roles, the film has already been nominated for Best Comedy or Musical at the Golden Globes, along with nods in numerous other categories. It follows Pádraic (Farrell) and Colm (Gleeson), living in 1923 Ireland, who are dealing with the abrupt ending of their friendship. Colm’s decision to separate himself from Pádraic leads to conflict of unforeseen levels, building on the comedic tension. The small ensemble cast also includes Kerry Condon as Siobhan, Pádriac’s sister and Barry Keoghan as a local boy named Dominic. Directed by Martin McDonagh, the film sees him reunite with Farrell and Gleeson once again after the success of their 2008 film In Bruges. But can you watch The Banshees Of Inisherin in the UK? Find out, below.

The Banshees Of Inisherin Reviews

The film presently has a 97% Certified Fresh rating on Rotten Tomatoes and has already been nominated for numerous awards. At the 2022 Venice Film Festival, The Banshees Of Inisherin won the Volpi Cup for Best Actor (Farrell) and it also championed Best Screenplay at the New York Film Critics Circle.

The Atlantic called the narrative “bleak and brutal—and deeply affecting” while The New York Times wrote, “Inisherin may not be a real place, but its eccentric characters, rugged vistas and vivid local legends make it an attractive tourist destination all the same.”

How To Stream The Banshees Of Inisherin

The film was released in theatres in October, and it premieres Disney+ in the UK on Dec. 21. In the U.S., the movie is currently available to stream on HBO Max and can also be purchased via on-demand video retailers like Amazon.

More like this
Helena Bonham Carter Doesn't Think 'The Crown' “Should Carry On"
By Sam Ramsden
A New Netflix Doc Will Explore The Unsolved Murder Of Jill Dando
By Sam Ramsden
Yes, You Can Stream ‘To Leslie’ In The UK Now
By Sam Ramsden
Yes, 'The Price Of Glee' Is Available To Watch In The UK
By Catharina Cheung
Get The Very Best Of Bustle/UK
Sign up for Bustle UK's twice-weekly newsletter, featuring the latest must-watch TV, moving personal stories, and expert advice on the hottest viral buys.