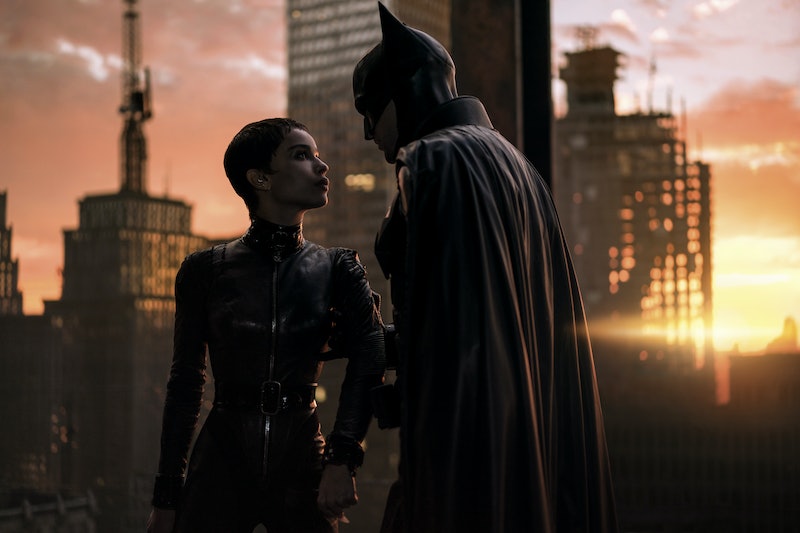 The Batman, directed by Matt Reeves (Cloverfield) and starring Robert Pattinson as Gotham City’s reclusive orphan-slash-brooding superhero, is the latest take on the caped crusader. It joins an illustrious history of Batman films, including Christopher Nolan’s famed trilogy and Tim Burton’s Batman and Batman Returns, but boasts its own distinctive take on the superhero. So far, critics have praised Pattinson’s “excellent, committed performance,” as well as Zoë Kravitz’s “superb” performance as Selina Kyle, aka Catwoman.

So where can audiences watch Reeves’ nearly three-hour movie at home? Below, where to stream The Batman.

Where Is The Batman Available To Stream?

Per a press release from WarnerMedia, The Batman will become available to stream on HBO Max starting April 18, a little earlier than previously expected. Earlier this year, WarnerMedia CEO Jason Kilar teased an April 19 streaming date, but it appears the studio has decided to push the film’s digital release up by one day. The Batman will also air on Sunday, April 23 at 8 p.m. ET on HBO.

It remains unclear whenThe Batman will likely be available to rent or buy on VOD streaming platforms — such as iTunes, Amazon Prime, Vudu, and Google Play, among others. Bustle will update this article as more information becomes available.

What Has The Reaction To The Batman Been Like?

Reviews for The Batman have been generally positive, with many lauding the performances and the noir-inspired direction. As The Atlantic’s David Sims writes, “This interpretation is po-faced to the extreme, but Reeves’s commitment to the material and Pattinson’s preternatural grumpiness in the role make The Batman sing — though the ballad is undeniably emo.”

Much of The Batman’s darker, moodier ethos can be attributed to its characters. In a recent profile with The New York Times, Reeves said his version of Bruce Wayne-slash-Batman is less of the debonaire billionaire from films past and more “someone who hadn’t quite figured out why they were doing the thing they were doing.” He added, “I wanted to fight against any sense that Batman would remain static. I wanted the stakes of the story to challenge him in a way that shook him to his core. He has to change.”

More like this
Everything To Know About The HBO Max & Discovery+ Streaming Service Merger
By Brad Witter
How To Stream 'Bodies Bodies Bodies'
By Morgan Leigh Davies
Every Horror Movie Reference In The 'PLL: Original Sin' Premiere
By Alyssa Lapid
What’s New On Netflix: 'Never Have I Ever' & 'Indian Matchmaking' Return
By Arya Roshanian
Get Even More From Bustle — Sign Up For The Newsletter