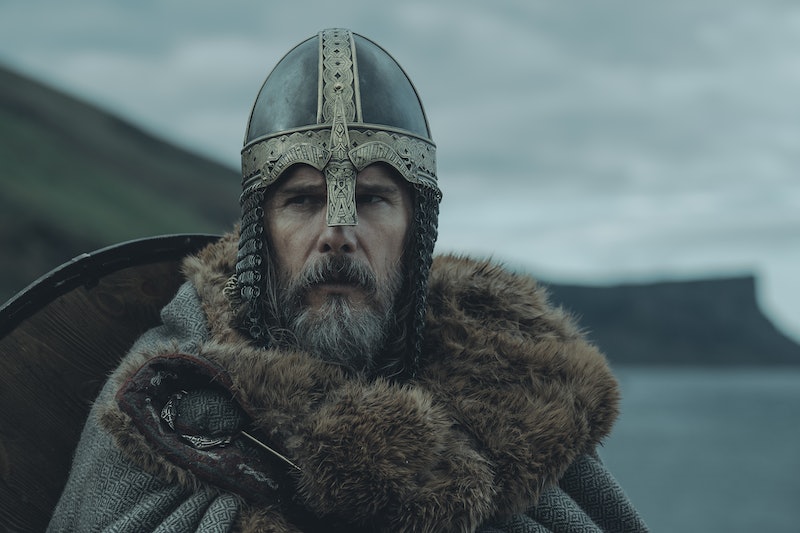 So how can audiences watch it from home? Below, how to stream The Northman.

When Will The Northman Be Available To Stream?

If you’re looking to stream The Northman immediately, sadly you’ll need to wait. As of its April 22 release, the film is exclusively screening in movie theaters.

So far, the studio hasn’t provided any information about when The Northman will hit streaming services. However, per The Hollywood Reporter, movies under the NBCUniversal umbrella (including Focus Features, the studio distributing The Northman in the U.S.) could be available to stream on Peacock as early as 45 days after they’re released in theaters. This means the soonest The Northman could be accessed from home is early June.

It’s likely that The Northman will also be available to rent or purchase on other VoD platforms — like Amazon Prime, iTunes, and Google Play — in due time. Bustle will update this article as more information becomes available.

What Are Critics Saying About The Northman?

More like this
What’s New On Netflix: The Return Of 'Bling Empire' & A Rebel Wilson Comedy
By Arya Roshanian
The 'Hocus Pocus' Sequel Finally Has A Release Date & It Makes Total Sense
By Shannon Barbour and Radhika Menon
Where Is Dr. Cline Now?
By Morgan Leigh Davies
Why The '365 Days' Sex Scenes Are Good, Even If The Movies Aren’t
By Arya Roshanian
Get Even More From Bustle — Sign Up For The Newsletter