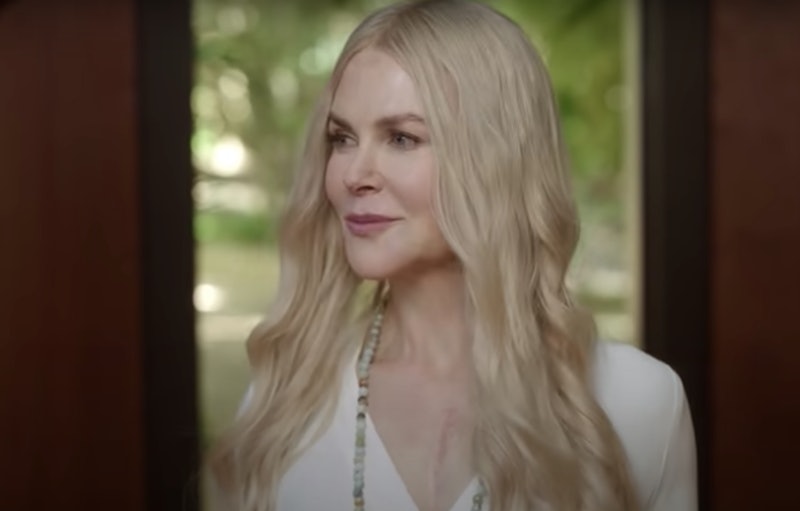 These days, it’s sort of a given that if you read a great book that everybody’s talking about, you can also expect to watch its TV adaptation one day. And one television version you may have been waiting patiently for is that of Nine Perfect Strangers, by Liane Moriarty. The number one Sunday Times bestseller has just the right levels of creep to it, which will make for brilliant TV. Here’s how to watch Nine Perfect Strangers in the UK, and everything else we know so far.

First up, it’s worth mentioning that this TV adaptation has a really stellar line-up of A-listers on its cast list. Nicole Kidman is taking the lead as eerie wellness resort director Masha, whilst the guests who come to her to seek solace from their busy city lives include Melissa McCarthy, Luke Evans, Tiffany Boone, Bobby Cannavale, Luke Evans, Michael Shannon, and Regina Hall.

The basic premise of the story (without spoiling too much) is that the nine guests who gather at a wellness resort are looking for ways to heal their mental distress, trauma, and busy brains, all to find that they got a lot more than they bargained for with Masha and her ulterior motives.

Hulu was announced as the TV project’s platform over in the U.S. back in April, and since, Amazon Prime has been unveiled as the UK broadcaster for the show. The first episode of the miniseries will be airing on August 20, just two days after the US release date on Hulu.

Kidman has spoken out about how delighted she is that the show was able to pick up broadcasters across the globe, so that Nine Perfect Strangers will reach a wide audience.

“I’m so proud of what we were able to pull together this past year, bringing Nine Perfect Strangers filming to Australia during the global COVID-19 pandemic,” she began.

“Partnering with Melissa McCarthy, working with David Kelley, Liane Moriarty and my producing cohorts again, joining forces with Hulu in the USA and now this, a global distribution deal with my home studio of Amazon. The stars have aligned and I am thrilled!”

You can watch the trailer for Nine Perfect Strangers now or, alternatively, you can pick up the book and familiarise yourself with the story before it hits our screens.