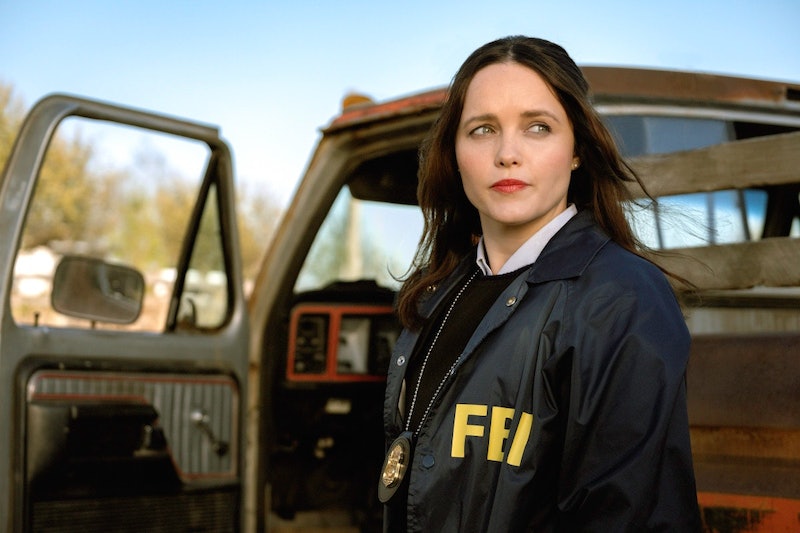 Few films stand the test of time like the 1991 screen adaptation of Thomas Harris' novel The Silence of the Lambs. Maybe it’s Anthony Hopkins' paralysing portrayal of Dr. Hannibal Lecter or Jodie Foster’s stellar performance as trainee FBI agent Clarice Starling. But it's also the intriguing (and terrifying) events that unfold. Now we’ll get to know what happens to one of the main characters after her ordeal. Clarice, which stars Rebecca Breeds (The Originals) as the young FBI agent, is set to continue The Silence of the Lambs story and we’ve done the hard work to find out when Clarice is coming to UK screens for you.

Set one year on from the events of the 1991The Silence of the Lambs film, the new CBS show will follow the life of FBI agent Clarice Starling after the “Buffalo Bill” case, without input from the terrifying Dr. Hannibal Lecter himself. In fact, don’t be surprised if you there is no mention of the Hannibal name at all. Whilst NBC’s Hannibal featured some of Harris’ original literary characters, Clarice will focus on the FBI agent’s story. As showrunner Elizabeth Klaviter put it: "Now it's time for Clarice to step into the spotlight and tell the story of the hero of Silence of the Lambs."

The character references aren’t the only thing getting an update in CBS’s take on the story. Much like Jonathan Demme critiqued the male gaze in the 1991 film, Clarice will explore the white gaze through Starling's FBI colleague Ardelia Mapp. “There was the male gaze in the movie, but baked into our scripts is the white gaze that Ardelia has to function under and navigate," Jenny Lumet, executive producer on the show told Entertainment Weekly. “There's no 'black best friend' thing going on here, that would be intolerable to us. We take a big bite into the relationship between a young black woman and a young white woman who are best friends, and have each other's complete support, yet have never had the conversation about the differences in their lives – and Clarice has a lot of catching up to do.”

Whilst Clarice is scheduled to premiere in the United States Feb. 11, we’re still awaiting news of when the series will arrive on our shores. The show (at the time of writing) hasn’t secured a broadcaster in the UK just yet, but with a stellar cast, and big-budget development – the series even landed its own advertising spot during the Super Bowl – we expect it to be snapped up soon.

More like this
Yes, 'The Price Of Glee' Is Available To Watch In The UK
By Catharina Cheung
Everything To Know About The 'Daisy Jones & The Six' TV Series
By Maxine Harrison and Brad Witter
'Magpie Murders' S2 Will Include A *Major* Shake-Up
By Sophie McEvoy
The Song At The End Of 'The Last Of Us' Ep 1 Has A Deeper Meaning
By Sophie McEvoy
Get The Very Best Of Bustle/UK
Sign up for Bustle UK's twice-weekly newsletter, featuring the latest must-watch TV, moving personal stories, and expert advice on the hottest viral buys.