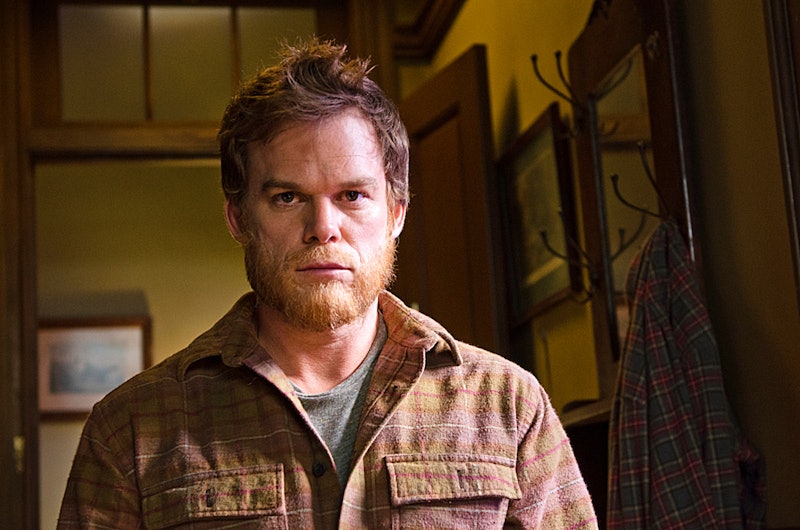 After seven years off the air, hit serial killer drama Dexter is returning for a brand new series. Michael C. Hall will reprise his role of forensic scientist Dexter Morgan throughout the upcoming reboot, whilst original show-runner Clyde Phillips will return to oversee the drama's 10-episode run. The series originally aired on FX UK on this side of the pond, and if you can't wait to delve into the show's revival, here's how to watch Dexter in the UK.

As Digital Spy reports, the forthcoming Dexter reboot has been confirmed to begin airing in Autumn 2021. The series will air on Showtime in the U.S. and an exact air date is yet to be announced.

Details surrounding a UK air date have also not yet been confirmed, and it's currently unclear which UK broadcaster will pick up the new series. However, it's safe to assume we can expect more news regarding Dexter's UK return in the coming months. In the meantime, viewers can stream all eight seasons of Dexter on Sky Atlantic and NOW TV in the UK.

In a recently released teaser clip, a beardless Dexter Morgan is shown peering out of a log cabin window at a burning fire. He then turns to the camera with a menacing smile before the show’s Autumn 2021 release date is revealed.

The series centres on forensic technician Dexter Morgan, who works for the fictional Miami Metro Police Department by day, and leads a parallel life as a vigilante serial killer by night — with a specific desire to hunt down murderers who have slipped through the justice system. Dexter originally aired for eight seasons between 2006 and 2013, and enjoyed ratings success throughout its entire television run, the Radio Times reports.

Speaking recently to NME, Michael C. Hall, who is set to reprise his leading role in the rebooted drama, said he is “looking forward to getting back into Dexter’s shoes,” adding that he is “reluctant” to confirm whether or not the show’s revival will become Dexter’s final chapter. “I’m reluctant to say ‘definitely’, you know? Let’s see. What’s plain now is that there’s 10 new episodes,” the actor commented.