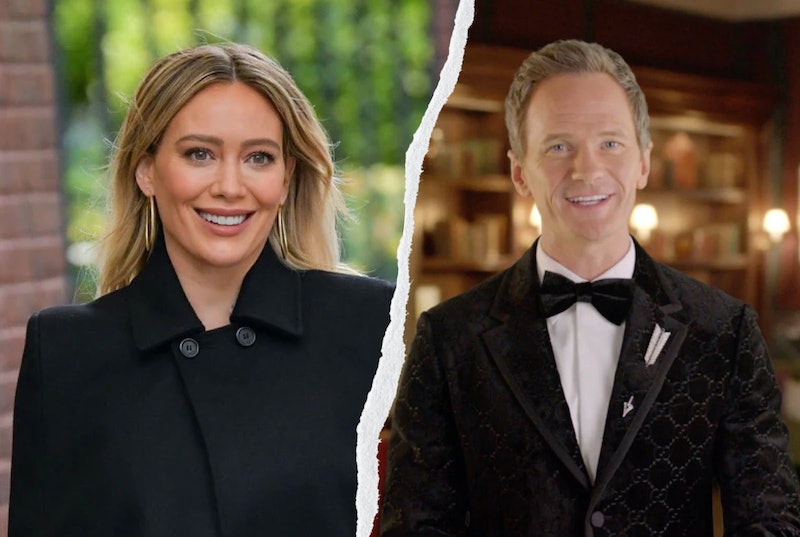 As Digital Spy reports, How I Met Your Father will air on the streaming service Hulu in the U.S. and its official release date has finally been confirmed: Jan. 18, 2022. Here in the UK, it currently isn’t known which channel or streaming platform the sitcom will find a home on however. It’s worth noting though that Hulu is now owned by Disney, meaning How I Met Your Father could eventually be available to stream on Disney+ in the UK. But, for now, at least, we’ll just have to wait and see.

Per Deadline, the How I Met Your Mother prequel was given the green light back in April 2021 and will centre on the character of Sophie (portrayed by Lizzie McGuire’s Hilary Duff), as she tells her son the story of how she met his father, following a similar format to the original CBS sitcom. Set in the not too distant future, the series also revolves around Sophie and her group of pals as they navigate through life and romance in the age of dating apps.

Joining Duff in the 10-episode spinoff is Promising Young Woman star Chris Lowell, who will appear in the series as Sophie’s smart, edgy, and cynical friend, Jessie. It’s also recently been announced that none other than Kim Cattrall will play an older Sophie, which is pretty major.

As for the original cast, it isn’t currently known whether or not Neil Patrick Harris, Cobie Smulders, Jason Segel, Alyson Hannigan, and Radnor will make an appearance in the Hulu sitcom. However, speaking in a recent interview, lead star and producer Duff revealed that she hopes there’ll be some “fun guest appearances from the original cast.”

In April, discussing the new series with The Hollywood Reporter, showrunners Isaac Aptaker and Elizabeth Berger said they are excited for the new series to get underway.

“We can’t wait for audiences to meet Sophie and her crew, and watch them come into their own and find love in modern-day New York City,” the pair commented. “And we hope nobody thinks it’s weird that Bob Saget will be playing old Hilary Duff’s voice,” they added.

Photos released since have shown the cast on set, looking as though they’re working hard while having a great time.

More like this
The Banned 'Friends' Ad Shows Monica As You’ve Never Seen Her Before
By Sam Ramsden
Alan Carr's 'Changing Ends' Is A Witty Sitcom Based On His Own Life
By Darshita Goyal
9 Time Catherine Cawood Was An Absolute Badass In Happy Valley
By Sophie McEvoy
Armani Jackson Is Following In His Famous Actor Sister’s Footsteps
By Catharina Cheung
Get The Very Best Of Bustle/UK
Sign up for Bustle UK's twice-weekly newsletter, featuring the latest must-watch TV, moving personal stories, and expert advice on the hottest viral buys.

This article was originally published on July 11, 2021