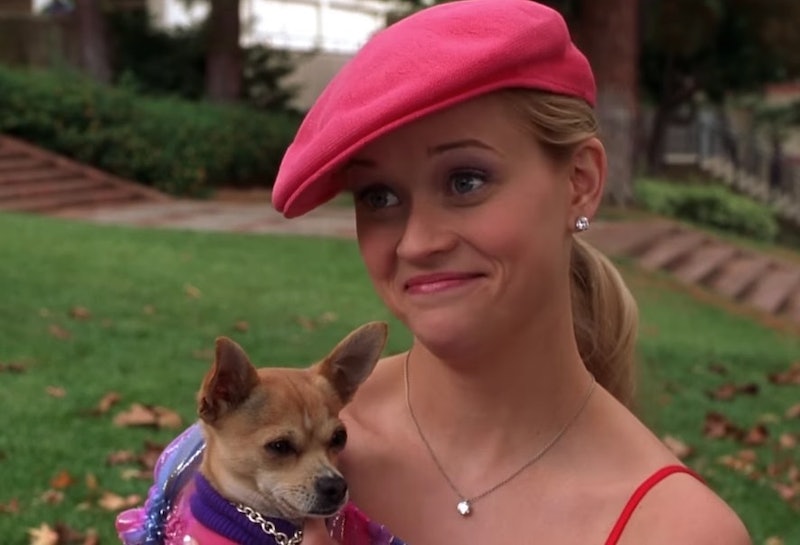 In case you missed it, filming for Legally Blonde 3 is currently underway. Twenty years after the phenomenally successful film first premiered, Reese Witherspoon will soon don a head-to-toe pink power suit to reclaim her role as perky Harvard Law graduate Elle Woods. As many will remember, the film (and its sequel) was full of iconic moments (and outfits) and was considered one of the funniest rom coms of the noughties. It’s safe to say the thirst for Elle Woods’ return is strong. But how and when can we watch Legally Blonde 3 here in the UK?

Despite production being postponed due to the pandemic, MGM Studios confirmed last year that Legally Blonde 3 will be ready for May 20, 2022. Eek! Given the global success of the previous movies, it’ll likely be shown in UK cinemas around the same date. However, nothing has been confirmed on that front yet so keep checking back on Bustle for all the updates you need.

While there isn’t a trailer for the third installment of Legally Blonde as of yet, Witherspoon has offered us a little teaser, recreating of Elle Woods’ legendary pool moment — you know, the totally appropriate Harvard Law application video? With the film’s original soundtrack, Hoku’s Perfect Day, playing the background, the actor shared a clip of her floating in the pool, wearing a pink sparkly bikini à la Elle Woods.

Also in July, Witherspoon posed a throwback picture of her on set for the first movie. She wrote: “Playing Elle Woods was the role of a life time and I'm so honored to have been a part of sharing her story with you all. Every meme, graduation cap, musical number, Halloween costume, and bend & snap has brought me so much JOY over these past two decades! I wonder... what will Elle do next?”

So, what about the rest of the cast?

Well, back in October 2020, the majority of the OG cast got together for a Legally Blonde virtual reunion, but there’s no official word yet on whether they’ll all be reprising their roles for the third film.

Fans of the original movies may be happy to learn that original producers Marc Platt and Adam Siegel are back at the helm. Excitingly, Mindy Kaling has also been enlisted to bring Elle Woods’ character into the 2020s, a task which she admits isn’t easy to do.

Speaking to Elle, Kaling – who will be sharing writing duties with Dan Goor – explained that, 20 years later, the character wouldn’t necessarily be the girly girl fans have come to love. “We know what Elle was like when she was 21, 22 years old. But what about when she's 42? That character, so innocent and girly, what is she like when she's dealing with adult problems and is an adult woman? She's not a little girl anymore,” she said.