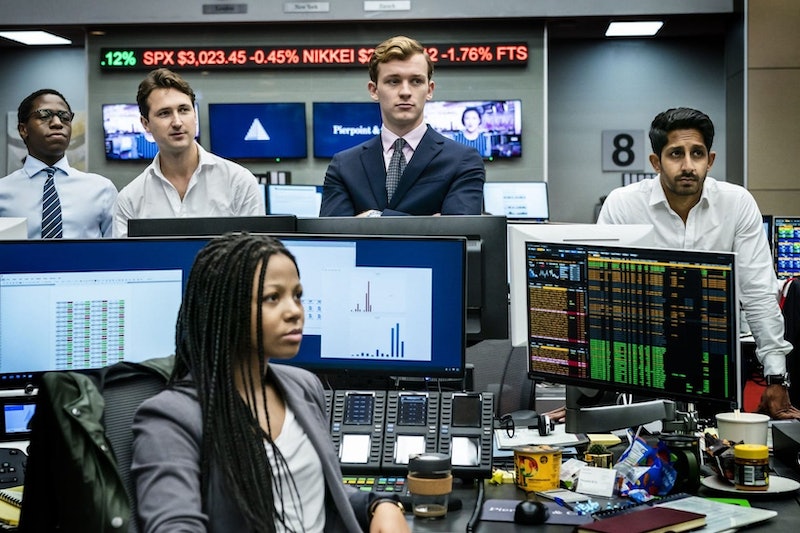 It's safe to say that we've missed Lena Dunham's genius since her hit TV show Girls ended. Thankfully, now she's back at work, directing the pilot episode and executive producing a new HBO series called Industry. Guaranteed to be another huge success, the show is set to take our TV screens by storm come winter. But when is it out and what is it about? Here's what you need to know, including how to watch Industry in the UK.

Lena Dunham first announced the new project back in June 2019, when she revealed she had moved to Wales. "AHHHH! I'm so excited to announce I’m directing & executive producing a new series with @hbo called INDUSTRY," she wrote, before explaining that her London-based show would centre around the cutthroat world of investment banking and international finance. "Think Wolf of Wall Street meets Melrose Place," she added.

The show — which has a two minute trailer out on YouTube — will follow the lives of young graduates vying for a few select roles at a top investment bank in London. Created by Mickey Down and Konrad Kay, Industry will explore how company culture, sex, drugs, and relationships, all form the characters' lives within their fast-paced careers.

Starring in the show are a number of recognisable names including The Tattooed Heart's Myha’la Herrold, Cobra's Marisa Abela, Marcella's Harry Lawtey, Skins' Freya Mavor, and Game Of Thrones' Will Tudor.

Like Girls before it, the programme was created with U.S. broadcaster HBO. But the good news is that it will be available to watch in the UK on BBC Two every Tuesday night from Nov. 10, 2020.

Correction: A previous version of this story mischaracterised Lena Dunham's role in Industry; she is the director and executive producer of the pilot episode. The HBO show was created by Mickey Down and Konrad Kay.

More like this
The Banned 'Friends' Ad Shows Monica As You’ve Never Seen Her Before
By Sam Ramsden
Claire Foy Spoke Out About 'The Crown's Gender Pay Gap
By Sam Ramsden
Olivia Colman Stars In First-Look Trailer For BBC's 'Great Expectations'
By Sabah Hussain and Sam Ramsden
Alan Carr's 'Changing Ends' Is A Witty Sitcom Based On His Own Life
By Darshita Goyal
Get The Very Best Of Bustle/UK
Sign up for Bustle UK's twice-weekly newsletter, featuring the latest must-watch TV, moving personal stories, and expert advice on the hottest viral buys.