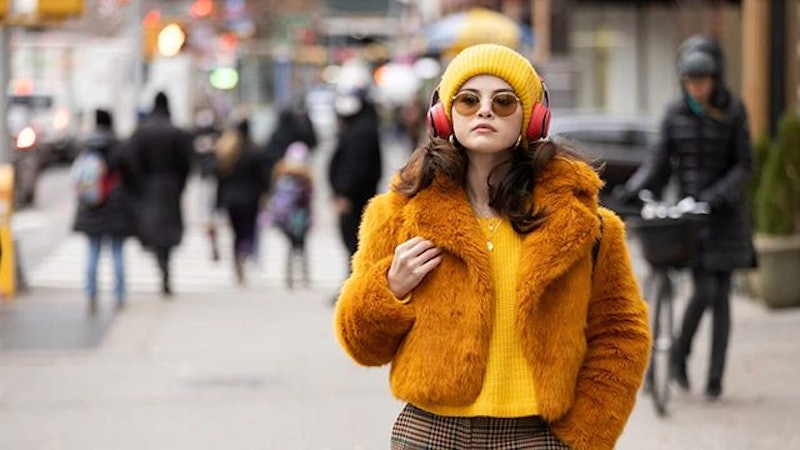 True-crime obsessives, here’s a show that will definitely have you hooked. The new Hulu show Only Murders in the Building is a ten episode series that sees three strangers with an obsession with true crime caught up in a real-life murder and forced to put their investigative skills to the test.

Mabel (Selena Gomez), Charles (Steve Martin), and Oliver (Martin Short) band together using their knowledge of true crime to find out who killed their neighbour in a grisly murder.

As this murder mystery unfolds, the three begin to suspect that the killer lives among them in their apartment building. The comedy-drama, with a murder twist, is sure to be popular thanks to creators John Hoffman (a screenwriter for Grace & Frankie) and Steve Martin.

But, as it is on Hulu, fans in the UK might be wondering how we can watch it here. Luckily for us, it is available to watch on Disney+ via Starz. As long as you have a subscription, you’ll be able to get stuck in and try to solve the murder alongside the hilarious trio.

Episodes began airing on the platform at the beginning of September, and a new episode is released weekly on Tuesdays until the series finale airs on October 5.

You can watch each episode weekly now, or wait until October to stream the series in one go – but then you may run the risk of spoilers so make sure you mute the words on Twitter so the murderer’s reveal stays a secret.

More like this
The Banned 'Friends' Ad Shows Monica As You’ve Never Seen Her Before
By Sam Ramsden
9 Time Catherine Cawood Was An Absolute Badass In Happy Valley
By Sophie McEvoy
Alan Carr's 'Changing Ends' Is A Witty Sitcom Based On His Own Life
By Darshita Goyal
Armani Jackson Is Following In His Famous Actor Sister’s Footsteps
By Catharina Cheung
Get The Very Best Of Bustle/UK
Sign up for Bustle UK's twice-weekly newsletter, featuring the latest must-watch TV, moving personal stories, and expert advice on the hottest viral buys.