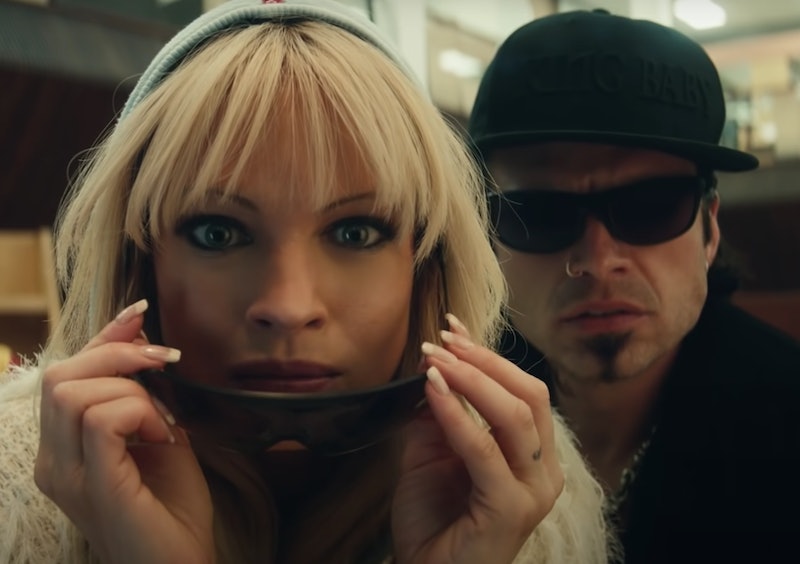 The whirlwind romance of Baywatch’s Pamela Anderson and Mötley Crüe drummer Tommy Lee caught the attention of many in the mid-90s, especially when their leaked tape became one of the world’s first viral videos. This moment will be a centrepiece to the upcoming Hulu series Pam & Tommy, which will chronicle their tumultuous relationship with Lily James and Sebastian Stan portraying the couple. So when can you expect to see the series in the UK?

Thankfully, Pam & Tommy is one of those rare shows that will simultaneously release in the States and the UK. On Feb. 2, 2022, British Disney+ subscribers can expect to see the series waiting on their homepage while American viewers will be able to access the show via streaming platform Hulu. According to NME, UK viewers can expect to see the first three episodes of Pam & Tommy drop all at once, as well.

After the transformation of Lily James and Sebastian Stan broke the internet in May 2021, the series has been much anticipated. A trailer finally dropped in November, which gave a glimpse into how exactly the tape was distributed in the first place. Seth Rogen can be seen playing disgruntled electrician Rand Gauthier, a former adult film star employed by the couple who they eventually fired. Per the Independent, Gauthier alleged that the couple owed him money that they refused to pay, so he decided to steal the contents of their safe which housed the tape.

The tape went on to be distributed by Internet Entertainment Group, which the couple later sued. According to the Independent, a settlement was reached but Anderson and Lee “never received their money due to the business going bankrupt.” As Deadline notes, the video was later made available to subscribers on IEG’s website again following the settlement, “resulting in triple the normal traffic.”

It’s unclear whether Pam & Tommy will delve into the complex legal details of the case, but according to Deadline the series will follow the couple’s journey up until Lee’s six-month jail term for assaulting Anderson.

More like this
Yes, 'The Price Of Glee' Is Available To Watch In The UK
By Catharina Cheung
Twitter Is Burning As Phoebe Dynevor Reveals Daphne’s 'Bridgerton' Exit
By Sophie McEvoy
Helena Bonham Carter Doesn't Think 'The Crown' “Should Carry On"
By Sam Ramsden
Everything To Know About The 'Daisy Jones & The Six' TV Series
By Maxine Harrison and Brad Witter
Get The Very Best Of Bustle/UK
Sign up for Bustle UK's twice-weekly newsletter, featuring the latest must-watch TV, moving personal stories, and expert advice on the hottest viral buys.