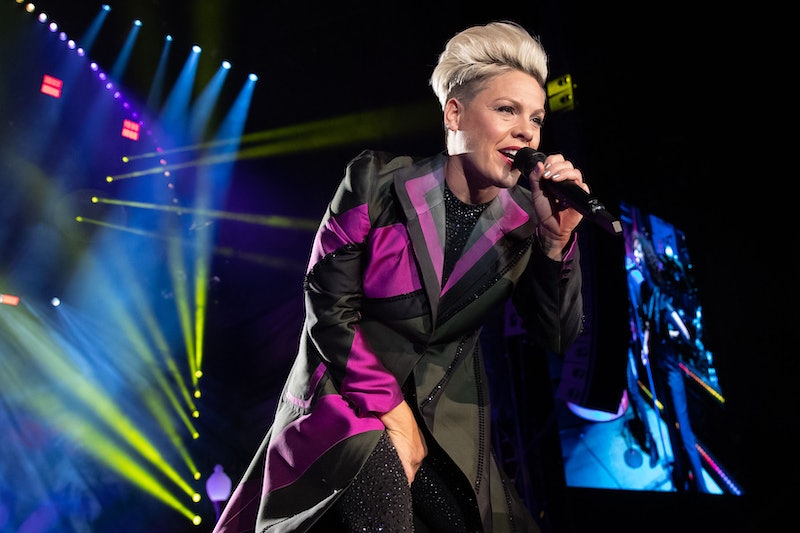 Pink: All I Know So Far is an upcoming documentary the follows the singer as she embarks on her Beautiful Trauma world tour while balancing “being a performer with her role as a mother, wife, and boss.” Featuring appearances from her children, her husband, and other close family and friends, All I Know So Far is “the story of our life,” as the singer describes in the trailer. So here’s how to watch Pink’s documentary in the UK, because you won’t want to miss out.

Luckily, fans don’t have to wait long, as Pink: All I Know So Far will be released worldwide on Friday, May 21 on Amazon Prime. Not only that, but the singer is also releasing an album to accompany the film. All I Know So Far: Setlist will feature well-known songs from the singer that features the film, such as “So What”, “What About Us”, and “Who Knew,” as well as covers from Queen, No Doubt, Cyndi Lauper, and Bishop Briggs. The record also features two new songs – “All I Know So Far” and “Cover Me” – both of which are dedicated to Pink’s daughter Willow.

The documentary itself will feature a “mixture of footage on the road, behind-the-scenes interviews and personal material,” as NME notes, with a big focus on how Pink maintained her family unit while on tour.

“There’s a lot of women headlining stadiums and doing two nights a week at Wembley Stadium while having a family on the road,” the “So What” singer recently told People. “Just the way that this big life intersects with being a normal crazy family – there’s something fascinating about that.”

While Pink finds herself questioning whether she’s doing the right thing or if “a woman can have it all,” she’s found comfort in the fact that most of the time you can’t. “But it’s also so magical what I get to do and who I get to be in this life,” she concluded.