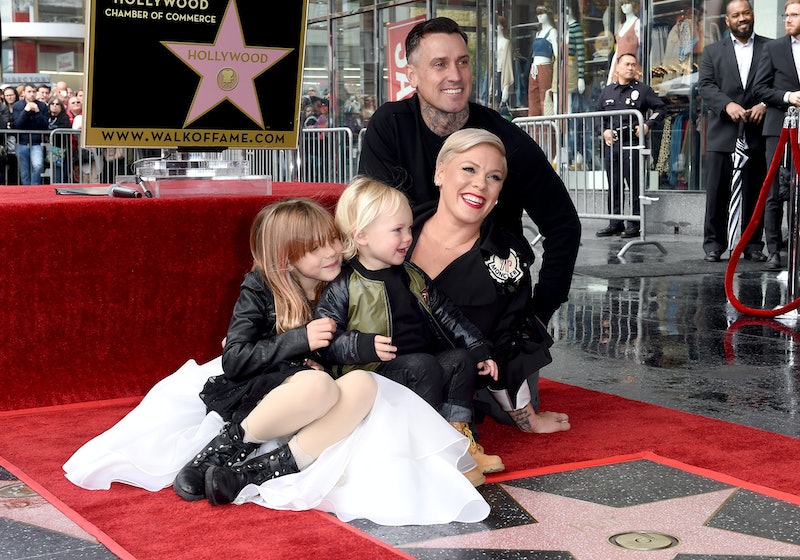 Throughout time, people have been asking themselves if they can have it all — a successful career and a rewarding, involved home life, complete with a loving partner and children. Now, one woman who does appear to have found a way to make it all work has come clean with her answer to that age-old question, and she’s being brutally honest. “Can a woman have it all? What does that even mean?” pop singer Pink asked during an interview with People, going on to bluntly add, “The answer is no, most of the time you can’t, and it feels like you’re climbing Mount Everest.”

The powerhouse vocalist is opening up about her struggles with balancing her job as a chart-dominating, Grammy-winning anthem writer while raising two children and holding on to her 15-year marriage with former motocross racer Carey Hart, as she embarks on a new chapter of her career. The singer is exiting the coronavirus pandemic with new music, a new documentary, and seemingly, a newfound outlook on how to push through motherhood when things get tough.

Later this month, Pink will release her first-ever live album All I Know So Far: Setlist, which accompanies an Amazon Prime documentary of nearly the same name, with both arriving on May 21. The film follows the superstar during her record-setting Beautiful Trauma World Tour, which saw her perform more than 150 shows. While many musicians embark on world-spanning concert tours, and there are countless documentaries that offer a backstage look at the inner workings of a sold-out show, one thing made Pink’s experience different: She brought her family along for the ride. “Touring with kids is impossible — and I did the impossible,” she told the magazine.

“There’s not a lot of women headlining stadiums and doing two nights at Wembley Stadium while having a family on the road,” Pink said in her People cover story. The singer, who counts songs like “So What,” “Just Give Me a Reason,” and the unforgettable “Lady Marmalade” among her many hits, didn’t hold back when discussing how difficult the venture was and how her impressed her peers were. “For a while there were a lot of other pop stars that were emailing me and calling me for the playbook on how to tour with kids.”

The past year was hard for the 41-year-old star and her family, as she and her son Jameson, now 4, both contracted COVID-19 in April 2020. After they both recovered, Pink penned an essay for NBC in which she admitted that “battling COVID-19 along with my 3-year-old son was the most physically and emotionally challenging experience I have gone through as a mother.” She went on to reveal that at one point she changed her will because she wasn’t sure she was going to survive.

With all of those troubles in the rear-view mirror, Pink is entering yet another busy period in her career. Now in her 40s with two kids — Willow, 9, and Jameson — she isn’t slowing down, but she is making a concerted effort to involve her family in everything she does. In February, Pink released a song titled “Cover Me in Sunshine,” which features Willow. The tune has been growing in popularity all around the world, and in just a few short weeks, it has become another hit for the star and the first for her daughter. Just a few days ago, she shared new single “All I Know So Far” from her forthcoming live set, and her entire family co-stars in the music video.

Being a mother is never easy, and everybody struggles with the many demands of life. Pink’s answer to how she makes it all work is being upfront about how hard it is, involving her family whenever possible, and this one piece of advice that everyone can use: “You just keep going.”

More like this
Twitter Is In Awe Of Taylor Swift’s “Lavender Haze” Music Video
By Jake Viswanath
Zach Gilford Admits He Forgot Taylor Swift's Name When He Starred In Her Music Video
By Jake Viswanath
Cruz Beckham Teased New Music With An Adorable Nod To Mom Victoria Beckham
By Stephanie Topacio Long
Madonna Already Added 14 Dates Her Greatest Hits Tour Due To High Demand For Tickets
By Jake Viswanath
Get Even More From Bustle — Sign Up For The Newsletter
From hair trends to relationship advice, our daily newsletter has everything you need to sound like a person who’s on TikTok, even if you aren’t.