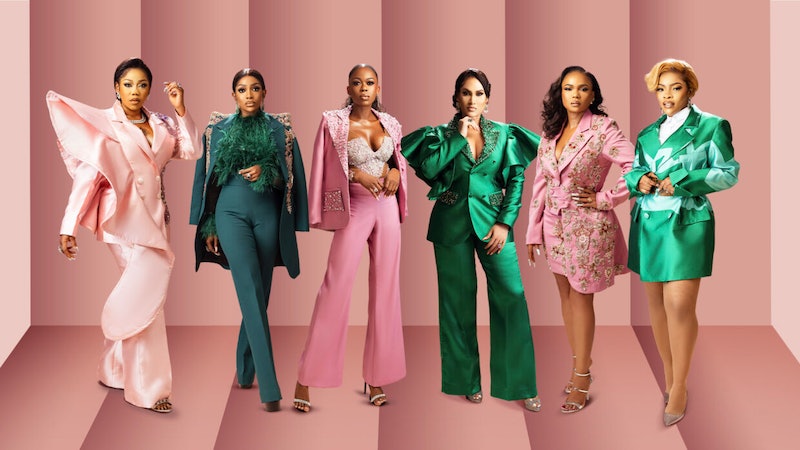 New housewives are ready to stir up some drama — this time, from Nigeria. The Real Housewives of Lagos is the first Nigerian franchise and 16th (!!) international franchise to come from the reality TV franchise since Bravo premiered the first iteration, Orange County, in 2006. It airs on April 8, 2022, with new episodes released every Friday.

On March 16, the series’ teaser trailer dropped and proved the cast will be a ton of fun. “In the land of the rich, only affluence can inspire,” the text reads as the video pans to the women boarding a private plane. In the next scene, they clink glasses to “success,” “money,” “power,” and “gold-digging.” Hooked yet?

Unfortunately, it might not be as easy for viewers in the United States to add this Housewives franchise to their watchlists. So here’s everything to know about how to stream The Real Housewives of Lagos from America.

RHOL will be a new addition to the immense lineup at Showmax, the streaming platform dedicated to “African content, international series and movies, documentaries, and kids' shows.” The media service also has an upgraded version, Showmax Pro, which includes live sports, live music, and news. Plus, Showmax is home to two other sister Housewives franchises, Real Housewives of Johannesburg and Real Housewives of Durban, going on Seasons 3 and 2, respectively.

Showmax and Showmax Pro, however, are exclusively available in Africa, which means U.S. viewers won’t be able to stream the new show. There is one workaround, though. Anyone with a virtual private network (VPN) service or any other geolocation-blocking service should be able to access Showmax. (Just make sure to keep your search history as private as possible.)

For those who don’t have a VPN, there might be ways to access RHOL in the future. The Real Housewives of Johannesburg’s two seasons, which aired exclusively on Showmax from 2018 through 2020, were made available internationally later on — first in Australia in 2019 and later in the U.S. in January 2022 via Discovery+. One can only hope Durban and Lagos will also end up on the Discovery+ subscription service.

More like this
Andy Cohen Apologized To Larsa Pippen After A 'RHOM' Season 5 Reunion Dust-Up
By Brad Witter
'RHOP' Stars Robyn & Juan Reportedly Got Remarried & Filmed The Ceremony
By Brad Witter
Everything To Know About 'RHONY' Season 14
By Jake Viswanath, Alyssa Lapid and Brad Witter
RHOP’s Robyn Dixon Explained Why Juan Paid For Another Woman's Hotel Room
By Brad Witter
Get Even More From Bustle — Sign Up For The Newsletter
From hair trends to relationship advice, our daily newsletter has everything you need to sound like a person who’s on TikTok, even if you aren’t.