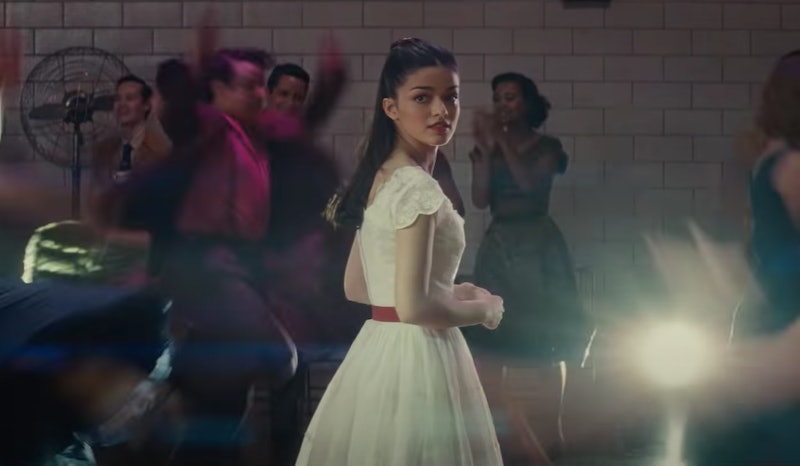 The trailer for Steven Spielberg’s remake of West Side Story is finally here, and it looks absolutely stunning. With the film’s official teaser premiering during the 2021 Oscars, we finally got to see newcomer Rachel Zegler as Maria and Ansel Elgort as Tony. The excitement is certainly high, but when will British audiences and, when it arrives, how will people in the UK be able to watch West Side Story?

For those unfamiliar with West Side Story, the premise is essentially a retelling of Romeo and Juliet set in the Upper West Side of New York. It follows the rivalry between two gangs, the Sharks (who are Puerto Rican Americans) and the Jets (white Americans), as they battle for control of their neighbourhood.

Thankfully, the film will drop on the same day as it does in the States. So go ahead and mark Dec. 10, 2021, on your calendar. With COVID restrictions lifting over the next few months, the hope is that viewers should be able to see the film in the cinema.

The release date has special significance, too, as 2021 marks the 60th anniversary of the original film, which starred Natalie Wood, Richard Beymer, George Chakiris, and Rita Moreno.

Spielberg’s version will see an actor from the original film make a re-appearance, this time as a completely different character. Rita Moreno, who played Anita in 1961, will star as Valentina, a reimagining of the character of Doc, the owner of the corner store where Tony works. Ariana DeBose will be taking on the role of her character Anita, Maria’s best friend.

Spielberg, who is a massive fan of the Broadway play and the original film, has said that West Side Story is more pertinent now than it has been before. “The story is not only a product of its time, but that time has returned, and it’s returned with a kind of social fury,” he told Vanity Fair.

“I really wanted to tell that Puerto Rican, Nuyorican experience of basically the migration to this country and the struggle to make a living, to have children, and to battle against the obstacles of xenophobia and racial prejudice.”