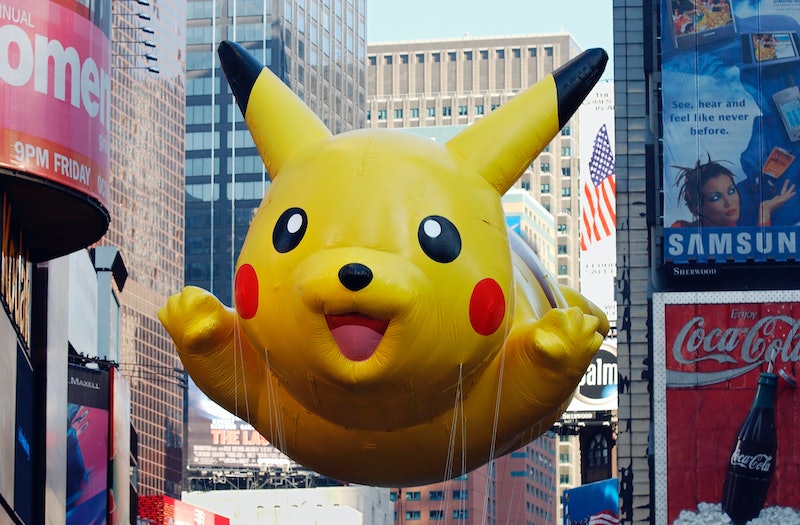 Not even a pandemic can stop the Macy's Thanksgiving Day Parade. The annual event, which has been running since 1924, will go on as planned in New York City this year, albeit with one big change: it will be a TV-only event, and the organizers are encouraging everyone to stay indoors.

"Safety is our No. 1 priority," Susan Tercero, the executive producer of the parade, said on the TODAY Show. "That's what we're really encouraging, that everybody stay home. This is not something to watch for New Yorkers in the streets, it's something to watch safely from their homes."

Here's what you need to know to enjoy the parade from your couch.

Per the official website, the Macy's Thanksgiving Day Parade will air on NBC on Thursday, Nov. 26 from 9 a.m. to noon, regardless of what time zone you're in. You can also watch the parade on NBC.com by clicking the "live TV" option, but that only works if you have a cable subscription.

If you don’t have cable, you can still livestream the event, but it will be on East Coast time. Macy’s is partnering with Verizon to stream the entire parade on Verizon’s YouTube channel as well as on Verizon's Twitter page. The event will be hosted by Mario Lopez and will be available from 9 a.m. ET to noon ET.

How This Year Is Different

Though the show will still be hosted by Savannah Guthrie, Hoda Kotb and Al Roker, many details have been changed to follow safety procedures, in partnership with the city and state of New York. Per the Macy's parade website, they're foregoing the usual 2.5 mile parade route and will instead film everything at Herald Square in front of Macy's flagship store. The organizers have emphasized that the parade will only be viewable by TV, so they'll likely be cordoning off the area somehow to discourage crowds.

They also decreased the number of workers by 88% and split the shifts over three days. All performers will be required to be tested for coronavirus beforehand, and will socially distance and wear masks during sets. There will also be no regional high school and college marching band performances; everyone participating in the event will be a local to the New York tri-state area. Finally, the signature giant balloons will not be handled by a group of people but will instead be pulled along by specially rigged vehicles.

The parade will include several Broadway performances from the casts of Hamilton, Jagged Little Pill, Mean Girls, and Ain't Too Proud - The Life and Times of The Temptations. There will also be several singers performing on the floats, including Dolly Parton, Tori Kelly, Pentatonix, Patti LaBelle, Noah Cyrus, Leslie Odom Jr., Keke Palmer, Jordin Sparks, Ella Mai, and Bebe Rexha.

"It's been a very interesting year, but our goal is to really deliver a wonderful, safe, entertaining event for everybody Thanksgiving morning," Tercero said.