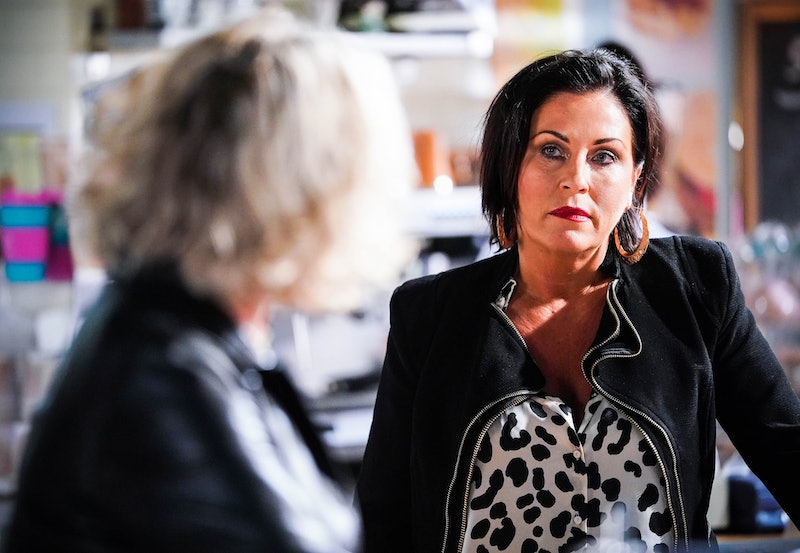 The UK’s most popular soap operas are teaming up to highlight the issue of climate change, it’s been announced today (October 12). The casts of Coronation Street, Emmerdale, Eastenders, Doctors, Holby City, Casualty, and Doctors will join forces for the crossover event, having each filmed scenes that cover different aspects of climate change.

If you’re wondering how to watch the landmark soap crossover, it has been confirmed the special episodes will begin airing the week commencing Monday, November 1 on BBC One, ITV, and Channel 4 — the same week world leaders will meet up to discuss the climate crisis at the COP26 conference.

The crossover episodes will mark the first time in history that the UK’s most popular soaps directly reference one another. Fans can also look forward to some of their favourite characters making appearances in different soap operas, with a Hollyoaks star popping up in Walford, and a Doctors character making their way over to the cobbles of Coronation Street.

Elsewhere, two Emmerdale stars will appear in a social media video that is viewed by the characters of Coronation Street and vice versa.

The crossover concept arrived courtesy of Emmerdale’s executive producer, Jane Hudson. “Never before have all five soaps and both continuing dramas come together and united in telling one story,” Hudson said of the project.

“We certainly haven't seen characters pop up in other shows before. This is a real treat for our audience, whilst also allowing us to get across a very important message,” she added.

Head of Continuing Drama at the BBC Kate Oates also shared her excitement over the announcement, revealing that she is “thrilled” to highlight the issue of climate change “amongst our millions of viewers.”

Per Digital Spy, Hollyoaks’ executive producer, Lucy Allan, said it has “been great” to collaborate with other soap operas to “inspire conversations about issues that are so important.”

"We know how important climate change and environmental issues are to our youthful audience, and to all soap viewers,” she added.

More like this
The Banned 'Friends' Ad Shows Monica As You’ve Never Seen Her Before
By Sam Ramsden
6 'Happy Valley' Easter Eggs You May Have Missed
By Sophie McEvoy
Claire Foy Spoke Out About 'The Crown's Gender Pay Gap
By Sam Ramsden
Olivia Colman Stars In First-Look Trailer For BBC's 'Great Expectations'
By Sabah Hussain and Sam Ramsden
Get The Very Best Of Bustle/UK
Sign up for Bustle UK's twice-weekly newsletter, featuring the latest must-watch TV, moving personal stories, and expert advice on the hottest viral buys.