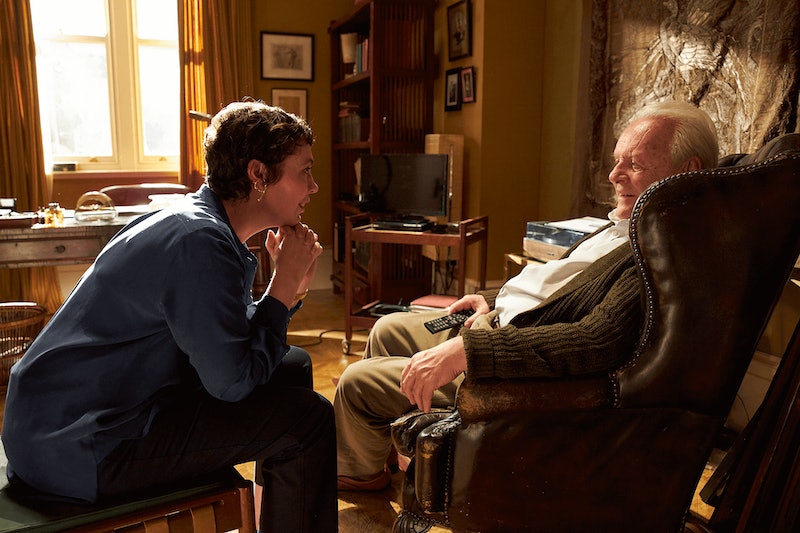 Starring Anthony Hopkins and Olivia Colman, The Father follows an ageing patriarch as his recent dementia diagnosis slowly worsens. Adapted from a French play of the same name, it’s already won two BAFTAs, including Best Actor for Hopkins, and has an astonishing six Oscar nominations. Due to the ongoing closure of cinemas, you’re probably wondering where it’ll be available to screen, so here’s all the information we have about how to watch The Father in the UK.

The Father premiered at the Sundance Film Festival early last year, but its UK debut has been delayed due to issues with coronavirus restrictions. Cinemas in England and Scotland are due to reopen on May 17, 2021, and The Father is set to air in UK cinemas on June 11. So, if all goes to plan, fans should be able to watch it then at the earliest. Sadly, there is no official date yet for when cinemas is Wales and Northern Ireland will open.

However, it’s worth noting that other recent films released by its distributor Lionsgate have been made available where you’d expect to rent movies so it’s possible that The Father will follow a similar path. Barb & Star Go to Vista Del Mar, for example, is available to rent via services like Sky, Apple TV, Prime Video, Google Play, Youtube, and BT TV, so it’s worth keeping an eye on those platforms come June 11 if cinemas are not open in your area.

The film, which premiered at the Sundance Festival last January, follows Anthony (played by Hopkins) as he experiences the decline of his mental state due to dementia. Anthony’s daughter Anne (Colman) moves in to help her ailing father, eventually hiring a nurse (Imogen Poots) to provide additional care.

Adapted from Florian Zeller’s award-winning French play, The Father is also written and directed by the playwright. In both the film and the play, Zeller wanted the audience to experience dementia through the perspective of the person dealing with it, rather than someone on the outside looking in.

“I wanted the film to have two perspectives at the same time,” Zeller explained to Deadline. “The father’s perspective – to put the audience in this unique position as if they were in the main character’s head – but strangely, at the same time, to have this other door to open, a more emotional door, which is about what do you do with the people you love when they are starting to lose their bearings?”