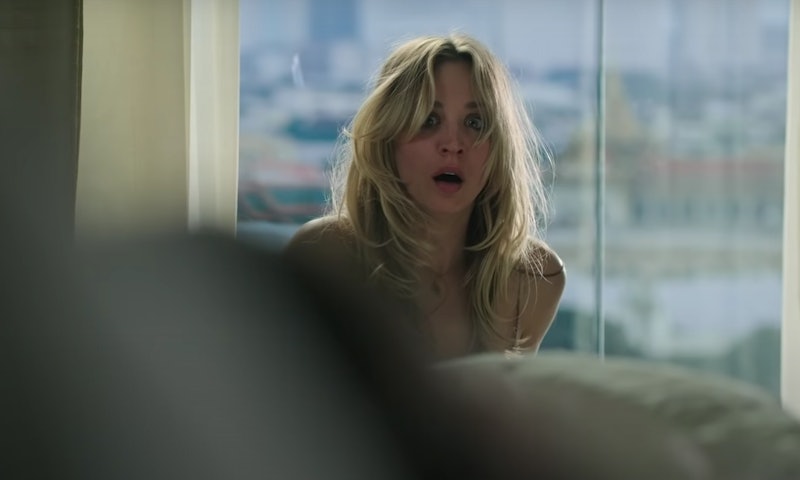 HBO Max's suspenseful new thriller comes from the makers of Netflix's You, and centres on a flight attendant who finds herself caught in the midst of an unexplained murder case. The series is based on the 2018 novel of the same name by Chris Bohjalian, and sees The Big Bang Theory's Kaley Cuoco take on the title role. If you like the sound of this brand new stateside drama, here's how to watch The Flight Attendant in the UK.

The series premieres in the U.S. on Monday, Nov. 26, 2020, on HBO Max, and viewers on this side of the pond eagerly awaited news about when we can expect to see it here.

The dark-comedy follows flight attendant Cassie (Cuoco), who agrees to a date in Bangkok with a handsome passenger following a flirtatious interaction onboard a flight. However, when Cassie wakes up in a hotel room the next morning, she is horrified to discover her date's dead body laying next to her. With zero recollection of the previous night, Cassie begins to wonder if she played any part in his death — and when the authorities start closing in on the case, time for Cassie to get her story straight begins to run out.

As the Express reports, production on The Flight Attendant was delayed due to the COVID-19 pandemic shutdown. However, after being put on hold back in March, filming eventually resumed in August.