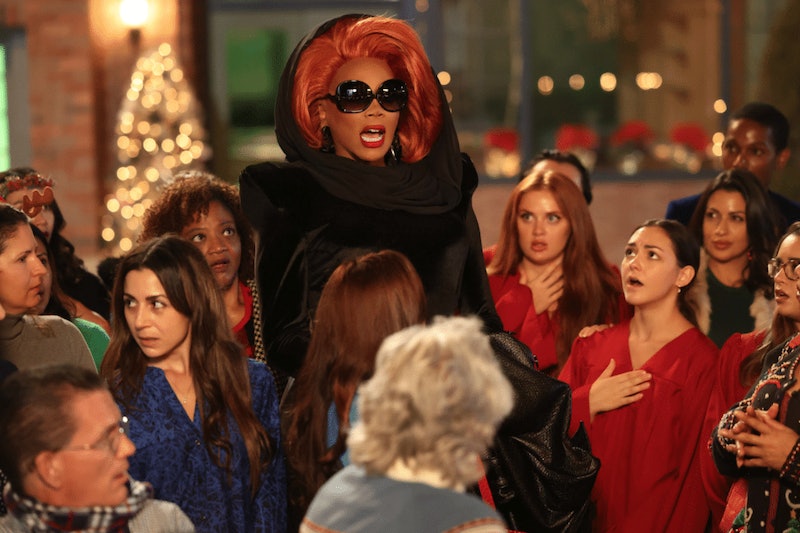 Season 3 of RuPaul’s Drag Race UK is hotting up. Following a shock double elimination during snatch game, fans were left begging for more. And it wasn’t the only big event in the Drag Race universe this week. You better watch out, you better not cry, you better not pout because Mama Ru hates an attitude and she’s giving fans the best festive gift they could ask for. RuPaul’s Drag Race is officially bringing out a Christmas 2021 movie and here are all the details you need to know about The B*tch Who Stole Christmas.

Judges Michelle Visage and Carson Kressley will also be getting involved with the seasonal treat.

According to E!, The B*tch Who Stole Christmas is a comedy centred on a fashion journalist (played by Krysta Rodriguez) who is sent to a Christmas-obsessed town on an impossible assignment. As she tries to gather the inside scoop for her editor (played by RuPaul), she ends up getting entangled with the winter ball celebrations.

And while she might have come to a small town, there’s nothing small about the festivities. As housewives go up against each other to come out on top, serious drama ensues. Would you expect anything less?

World of Wonder, the production company behind RuPaul’s Drag Race, shared initial images from the movie with RuPaul looking as fabulous as you can imagine in a red wig. “There are 1,000 Christmas movies this year, but only one with drag queens. Christmas will never be the same,” said World of Wonder producer Randy Barbato.

It’s been reported that The B*tch Who Stole Christmas will premiere on VH1 on Dec. 2, 2021. As this is an exclusively U.S. network, it begs the question: Will UK Drag Race fans will get to watch the campest Christmas movie this year?

The BBC carries the show in the UK and it’s yet to be announced whether BBC Three or any other international streaming service pick up The B*tch Who Stole Christmas so UK audiences can tune in. Bustle has reached out to a World Of Wonder rep to find out, so watch this space.