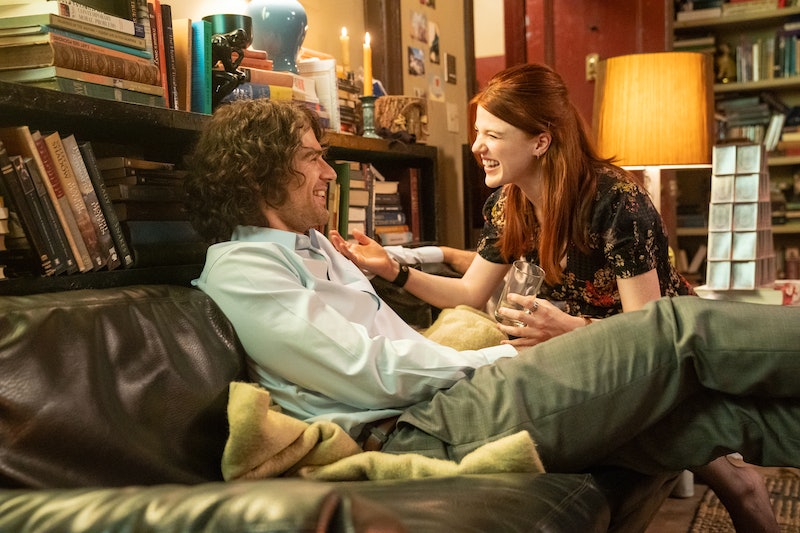 The Time Traveler’s Wife has been given the TV treatment, with a new series heading for HBO Max in 2022. Like the 2009 film starring Rachel McAdams and Eric Bana, this show will be based on Audrey Niffenegger’s globally successful book. Fans are keen to see the romance novel come alive once again, but how can you watch The Time Traveller’s Wife HBO Series in the UK?

The good thing is that The Time Traveler’s Wife already has a home here in the UK; it will be airing on Sky Atlantic and NOW TV. However, sadly, we don’t yet have an exact air date. All we know if that it will air sometime in 2022, with filming having wrapped in May this year.

So, while viewers wait for an announcement about the air date, let’s look at what we do know so far about The Time Traveler’s Wife.

The new series will star Game of Thrones’ Rose Leslie as Clare and Theo James as Henry. James – who viewers may know from Sanditon or (for the less high brow among us) The Inbetweeners Movie – looks totally unrecognisable with long, curly hair in this show. A first-look image shows the pair laughing together surrounded by books and candles.

HBO has employed some big names in sci fi and fantasy film-making to make the series, which will be executive produced by Doctor Who’s Steven Moffat. However, for those expecting a Doctor Who sci-fi feel for The Time Traveller’s Wife series, Moffat clarified for Entertainment Weekly that the series will bear “no resemblance to anything [he’s] done in terms of time travel before.”

“This is a story of loss but it’s not a tragedy. It's about a time traveler but it’s not science fiction. Despite Clare and Henry’s time scrambled relationship, this is the tale of a grand, ordinary love – but not necessarily in that order,” said Moffat, who added, “This is a dream project for me. I have always loved Audrey Niffenegger’s extraordinary, moving novel and it has inspired me many times, so to be adapting it for television is the thrill of a lifetime.”

The Time Traveler’s Wife will be available on Sky Atlantic and NOW TV in 2022.

More like this
Yes, 'The Price Of Glee' Is Available To Watch In The UK
By Catharina Cheung
Twitter Is Burning As Phoebe Dynevor Reveals Daphne’s 'Bridgerton' Exit
By Sophie McEvoy
Helena Bonham Carter Doesn't Think 'The Crown' “Should Carry On"
By Sam Ramsden
A New Netflix Doc Will Explore The Unsolved Murder Of Jill Dando
By Sam Ramsden
Get The Very Best Of Bustle/UK
Sign up for Bustle UK's twice-weekly newsletter, featuring the latest must-watch TV, moving personal stories, and expert advice on the hottest viral buys.