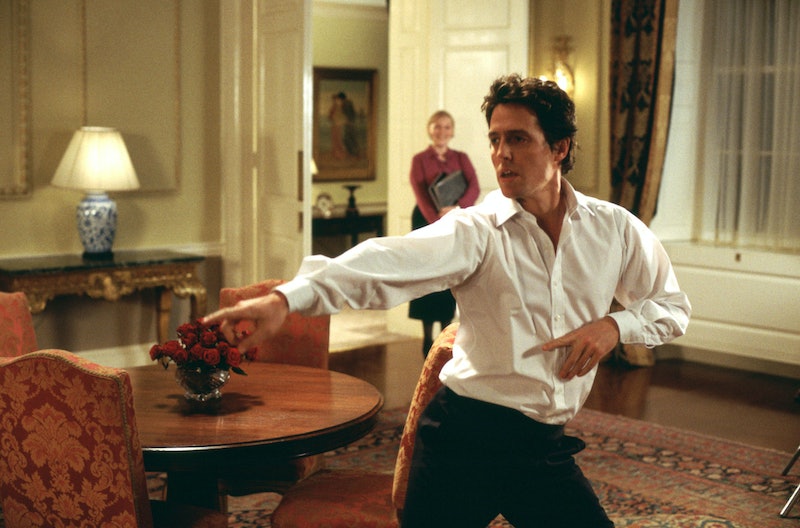 With its star-studded cast and unforgettable heart-wrenching moments, Richard Curtis’ classic Love Actually has gone down as one of the most popular Christmas films of all time. I mean, who could forget Hugh Grant prancing around 10 Downing Street to "Jump (For My Love)" in the iconic dance scene? Well, it turns out, Hugh Grant. The actor has admitted he has mindblank over what actually happens in Love Actually, and I am shooketh.

When asked whether he would take part in a sequel to the popular 2003 Christmas film, Grant admitted he had “never thought” about the return of the Prime Minister, and confessed that he couldn’t remember where the original film left his character.

“I can’t even remember what happens in the film,” Grant told Digital Spy. “It’s so long since I’ve seen it. You’d have to remind me. How do I end up?”

Well, luckily for you Mr Grant, the rest of us remember perfectly. David the Prime Minister finally stands up to the U.S. president (Billy Bob Thornton) after finding him acting untoward with Natalie (Martine McCutcheon), a member of household staff at 10 Downing Street. David moves Natalie to another job after finding himself falling for her, then discovers a Christmas card from her declaring that she is his, and no one else's. He then completes a door-to-door search of her street to find her, drives her to a school Christmas play so he can talk to her, they watch the show from backstage and finally kiss as the curtain rises. Whew! And breathe.

Finally, David is last seen with Natalie at Heathrow Airport for the famous kissing scene, and posing for photographers afterwards, having made their relationship public. A short sequel to the original Love Actually was made in 2017 for Red Nose Day, entitled Red Nose Day Actually. Set 13 years after the original movie, it confirmed that Grant and McCutcheon’s characters were still together. Thank god!