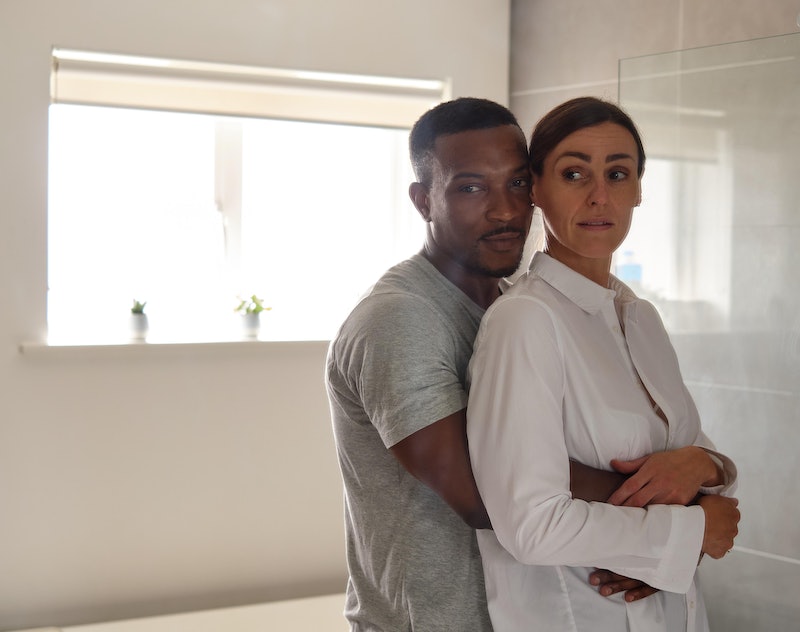 Following a hugely successful debut back in 2019, Dominic Savage's female-led anthology I Am is back for a second season. Consisting of three standalone episodes, the BAFTA-nominated show explores the experiences of three women as they navigate emotionally raw and deeply personal moments in their lives. As details of the new season begin to emerge, here’s everything you need to know about Channel 4’s I Am series two.

When does I Am series 2 air?

In a statement to Bustle, it was confirmed the second series of I Am will begin airing weekly on Channel 4 from August 2, 2021. In the meantime, you can catch up with the entire first season on All4.

As mentioned, the Channel 4 anthology consists of three standalone short films, each of which features improvised dialogue and tackle themes such as relationships, mental health, and empowerment.

The first episode, titled I Am Victoria, follows the story of a woman who appears to have the perfect family life and career. However, the pressure of keeping up appearances begins to take its toll, and the anxieties that often lie beneath a veneer of happiness and success are brought to the forefront.

The second part of Dominic Savage's anthology, I Am Danielle, centres on a career-focused photographer who stumbles upon an unsettling secret about the man she’s fallen in love with. The episode offers a compelling reflection on the realities of dating in the age of social media, where trust and betrayal go hand in hand.

The third and final film in the second series, I Am Maria, revolves around a woman who finds herself at a crossroads in her life as she approaches her 60th birthday. Feigning happiness in her marriage, she longs for another journey to discover liberation and happiness once again.

The cast of I Am Victoria is leading by BAFTA winner Suranne Jones (Gentlemen Jack and Dr Foster) She is joined by Top Boy’s Ashley Walters and the star of Save Me, Alice Feetham.

Academy Award-nominee Lesley Manville leads the cast of the drama’s third episode I Am Maria, and the Phantom Thread star is joined by Michael Gould (The Darkest Hour), Daryl McCormack (Pixie), Ziggy Heath (Harlots) and two young stars from I May Destroy You: Gershwyn Eustache and Ellie James.

As mentioned, the three-part I Am anthology is created, written, executive produced, and directed by the BAFTA-winning Dominic Savage. Speaking of the forthcoming second season, Savage said it was a “privilege” to be able to tell “such personal and important stories in this unique and collaborative way.”

“These will be inspirational, relatable, and truthful tales of courage and hope, that shine a light on the difficult and challenging aspects of all of our lives,” he added.