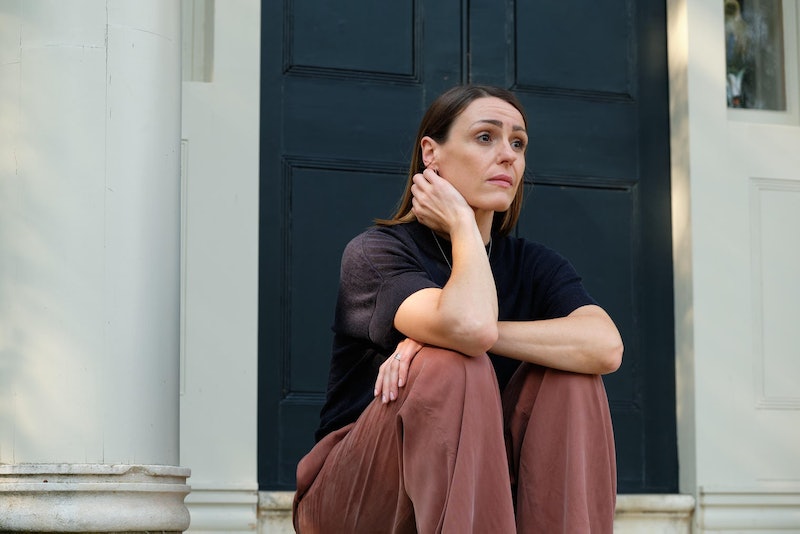 Dominic Savage's BAFTA-nominated drama I Am has returned for a second season. With three brand new standalone episodes, the critically-acclaimed series delves into the experiences of three different women as they navigate intensely personal moments in their lives.

The first episode of the new series, I Am Victoria, centres on a woman who begins to feel the pressure of keeping up appearances as her previously repressed anxieties rise to the surface. But, what is it that inspired this chapter of the Channel 4 anthology, and is I Am Victoria based on a true story?

The cast of I Am Victoria is led by BAFTA-winner Suranne Jones, and, speaking to the Radio Times, the Gentlemen Jack star disclosed that some of her own experiences with mental health helped to inspire the plot of the episode. During the interview with the publication, Jones explained how she first began experiencing anxiety and depression following the death of her mother, and, at the beginning of the pandemic in early 2020, her mental health was put to the test once again.

The actor went on to reveal that, while meeting with series creator Dominic Savage to generate ideas for the I Am anthology, the pair began discussing how modern life affects certain people and “how the claustrophobia of the pandemic has really brought into focus who people are.”

Jones continued, “We talked about what modern life does to people, certainly women of my age, who come from a different generation, and they’re now kind of a little bit lost as to who they are, what they should look like, who they should be.”

Speaking to the Radio Times, the Dr Foster star concluded that the “big mishmash” of topics she and Savage touched upon during their initial meeting, combined with her “own personal perspective of being a working mother, and what that means,” is what ultimately inspired the direction of I Am Victoria.

Starring Jones in the leading role, I Am Victoria tells the story of a woman who appears to have it all. However, the pressure that comes with having a seemingly perfect family, job and home life begins to take its toll, and Victoria’s struggle with mental health and the effect that has on her and her family becomes unbearable.

“I Am Victoria is a powerful meditation on the anxieties that often lie beneath a veneer of happiness and success. It portrays a woman weighed down by life's pressures and in need of help, but unable to seek it,” the episode’s official synopsis reads.

Starring alongside Jones in the drama are Top Boy’s Ashley Walters as Chris, Save Me star Alice Feetham as Deborah, Alisha Bailey as Grace, and Leemore Marrett Jnr as the character of Sam, among others.

The second instalment, starring Letitia Wright, titled I Am Danielle, also has a personal slant.