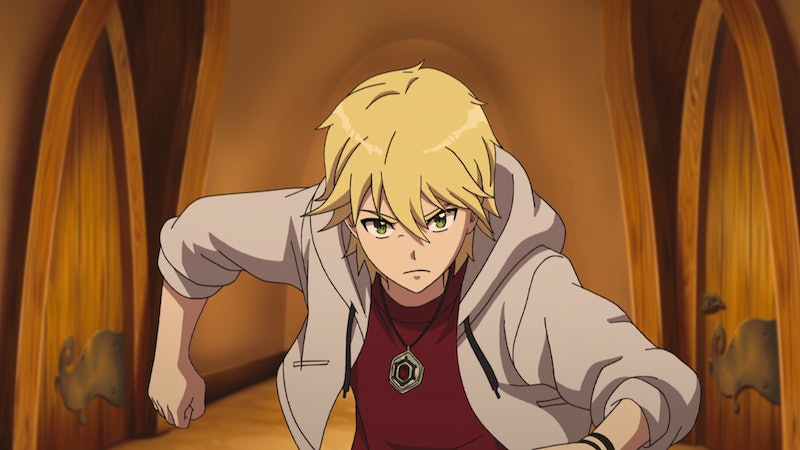 Netflix's Spanish anime series The Idhun Chronicles may have just returned for Season 2, but creator Laura Gallego — who also wrote the book trilogy the show is based on — has already hinted that there's more on the way. In a post reminding fans of Season 2's impending Jan. 8 premiere, she wrote, "I reserve other things for 2021 that I will tell you when the time comes ;-)."

This comes after a kind of confusing rollout for the show, which follows an orphaned boy who, in fighting his parents' killer to save a planet, "discovers a new world of danger — and wonder," per Netflix. In February 2019, Gallego told fans that Season 1 would feature 10 episodes and adapt the trilogy's first book, The Resistance in its entirety. She also noted in an interview with Variety that Season 1 took "two years and four months" to produce. However, when Idhun Chronicles premiered in September 2020, only five episodes were released, with the story spanning only the first half of The Resistance.

It's likely that what was meant to be the first season was instead split into two parts, and Season 2 will feature five episodes that finish out The Resistance. That means there are still two books to adapt — Tríada (Triad) and Panteon (Pantheón) — in future seasons. On the downside, it could be a while before those seasons make it to screen should the series be renewed: considering Season 1 took over two years, it may be as late as 2023 when fans see Season 3.