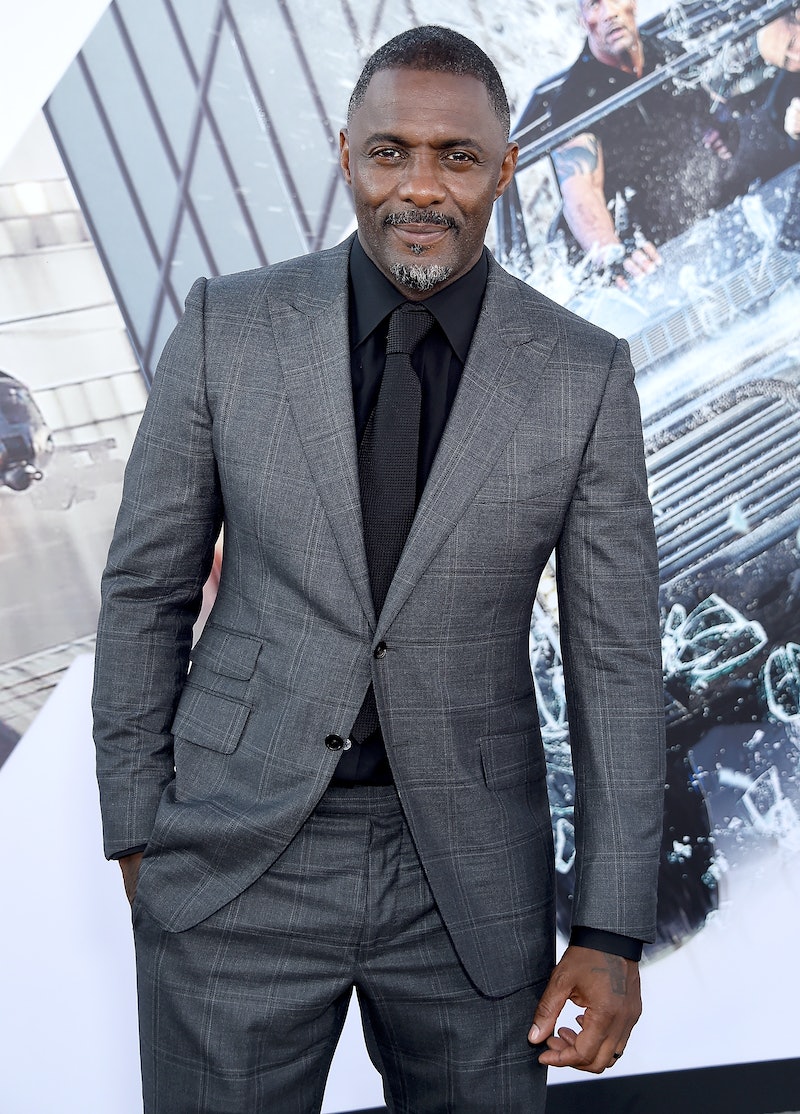 Well, he might not be James Bond, but Idris Elba has a new spy thriller coming to Apple, Entertainment Weekly reported on Aug. 15. The streaming service recently acquired the new project that is described as a "romantic spy thriller." Not only will Elba star in the movie, but he's also serving as a producer alongside Simon Kinberg (the X-Men franchise). Better yet, Kinberg has experience in the spy movie game, as he wrote the 2005 movie Mr. & Mrs. Smith that starred Angelina Jolie and Brad Pitt.

There aren't too many details just yet about Elba's movie, but according to Deadline, it is currently untitled, will take place in Africa, and will be written by Emmy-winner Travon Free (The Daily Show, Full Frontal With Samantha Bee). Granted, that's not a lot to go on, but the promise of an action blockbuster starring the Luther actor is reason enough to get excited.

Throughout 2019, fans hoped Elba would be cast as James Bond,and become the first Black Bond in the process. Their wish didn't come true, but the good news is that Captain Marvel's Lashana Lynch was cast as the first female 007. The new Bond film is titled No Time To Die and also stars Daniel Craig as Bond, again, and Rami Malek as the villain.

Elba previously spoke about not being cast as Bond and made an important point. Despite the many rumors that he was taking over as the iconic special agent, Elba revealed to Vanity Fair that they were always just rumors. "Of course, if someone said to me ‘Do you want to play James Bond?,’ I’d be like, 'Yeah! That’s fascinating to me.' But it’s not something I’ve expressed, like, 'Yeah, I wanna be the Black James Bond,'" he said.

He also explained to the publication that by taking on such a huge role like Bond, he'd be concerned the job would become more about his race, rather than about him as an actor. "You just get disheartened [about the rumors] when you get people from a generational point of view going, 'It can’t be.' And it really turns out to be the color of my skin," Elba explained. "And then if I get it and it didn’t work, or it did work, would it be because of the color of my skin? That’s a difficult position to put myself into when I don't need to."

All of this doesn't mean Elba will never take on the role of Bond, but for right now, he's pursuing other projects. And a new romantic spy thriller sounds like the perfect opportunity.