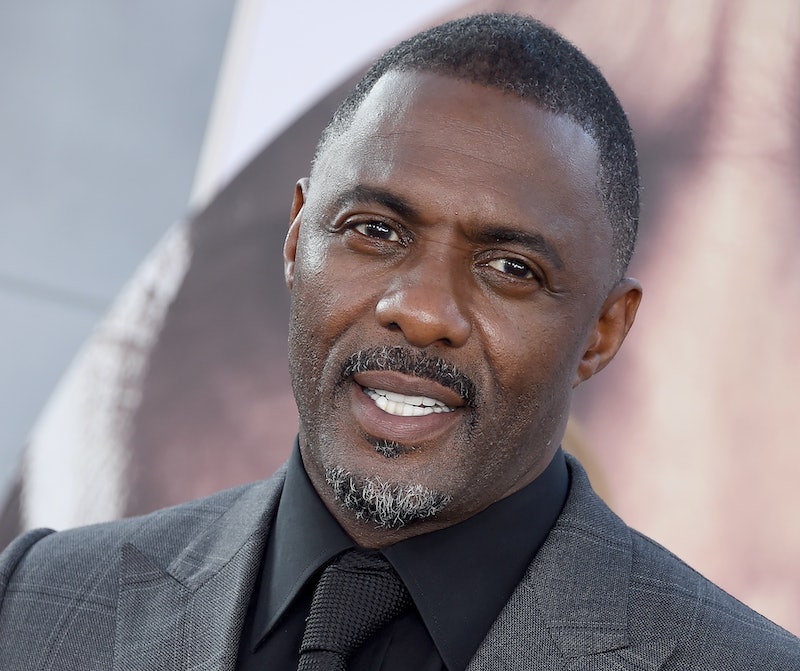 Idris Elba is calling for an end to the racism that has been allowed to exist and thrive on social media without consequence. On Sunday, July 18, the Thor actor suggested that all social media users should be required to provide their real identities to each platform in order to prevent racist abuse online. His suggestion came roughly one week after the Euro 2020 final, as several of England’s players spoke publicly about the bigoted messages they received after losing to Italy.

“I can take critique of my performance all day long... but I will never apologise for who I am or where I came from,” Marcus Rashford tweeted on July 12. Jadon Sancho echoed that sentiment on his own Twitter account. “I’m not going to pretend that I didn’t see the racial abuse that me and my brothers Marcus and Bukayo [Saka] received after the game,” he wrote on July 14. Saka, for his part, called on Facebook, Twitter, and Instagram to come up with real solutions so that other people don’t have to experience that same abuse.

If the social media companies don’t have solutions, Elba certainly does. In a post he shared on Instagram over the weekend, the actor suggested that all social media users should be vetted in the same way that verified celebrities are. “The process of verification requires them to prove their IDENTITY, so everyone knows WHO is speaking,” the actor explained, adding that this process should be “mandatory” for everyone with an account.

“Currently, social media is like boarding a plane and not having to show I.D.,” Elba continued. “THAT would never happen.” He went on to explain that these platforms will never be safe as long as unverified accounts continue to be protected by “a veil of privacy and secrecy” that allows them to say whatever they want. “If cowards want to spout racial rhetoric then say it with your name, not your username,” he added.

Elba’s statement was met with a lot of support. “They have the power/technology to censor anti-COVID posts instantly so no excuse for not doing the same for the racist posts,” Instagram user @calgotstyles wrote in the comments. “Yes yes and yes to this,” someone else comments. Others, however, were far less enthused by the idea, calling it a total breach of privacy. “Bad take, Idris. Very bad take,” @jtdoherty08 wrote.

Elsewhere in the comments, several people explained why taking away anonymity from social media is something they can’t support. “Whilst I agree, social media companies cannot be trusted enough to safely handle personal data,” @bevanseightysix wrote. Someone else said that while Elba made the choice to be a public figure, they did not. “I don’t spread hate or racism but at the same time I don’t want my real identity out there for everyone,” @laurabanks74 explained.

Elba’s followers clearly have mixed opinions about whether or not his solution is a good one. But what his fans can agree on is that his heart is in the right place. “I hear you on the hate speech, but it is not safe for everyone to disclose their full identity online,” @saylamarz wrote. Instagram user @bumbeeny agreed. “I’ve actually worked for said social media company on the identity/profiles team and while I see where you’re coming from, extensive research has been done on this,” they wrote. “And pseudonymity has a lot of positive effects as well, particularly for minorities and other vulnerable groups.”