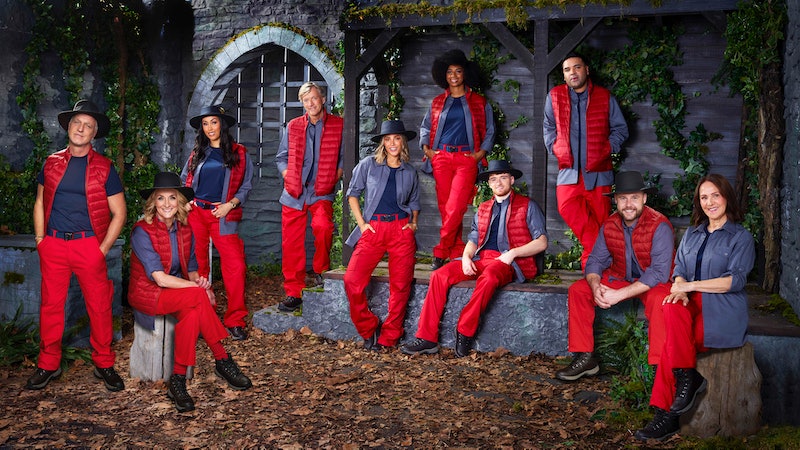 After I'm A Celebrity Get Me Out Of Here relocated from Australia to Wales last year, fans were relieved to see the change of setting (plus other pandemic restrictions) didn't have too much effect on the show's entertainment value, with the usual gruesome tasks and uncomfortable living conditions providing top quality viewing. But will the same be true of this year’s series? Here’s everything you need to know about I’m A Celebrity Get Me Out Of Here 2021.

After months of uncertainty surrounding the show’s 2021 location, it has officially confirmed that I'm a Celebrity Get Me Out of Here will once again be filmed at Gwrych Castle in North Wales. The show was first relocated from Australia to the UK due to the ongoing coronavirus pandemic, and, in a press statement sent to Bustle, ITV confirmed the series would be returning to the Welsh castle for a second year running.

The decision to film the 2021 series in the UK can likely be attributed to continuing COVID-19 travel restrictions in Australia, that won’t see the country’s borders fully reopen until mid-2022 at the earliest. As ITV Head of Entertainment Commissioning Katie Rawcliffe said in the press statement, “We’ve always said we have contingencies in place for the series if the covid situation continued to bring uncertainty, and after a highly successful run at the castle last year we’re pleased that we can return there. I have no doubt the production team will produce another hugely entertaining series.”

The Welsh Government's Deputy Minister for Arts and Sport, Dawn Bowden, said: “This is excellent news and we look forward to welcoming the I’m A Celebrity team back to Wales this year, and to working with them to make it an even better year! Croeso nol! Welcome back!”

After months of speculation, this year’s I’m A Celebrity lineup has finally been confirmed by ITV. Following her exit from BBC Breakfast after 20 years, presenter Louise Minchin is set to move into the Welsh castle alongside Good Morning Britain’s Richard Madeley, and the former Strictly Come Dancing judge, Dame Arlene Phillips.

Meanwhile, Ant McPartlin and Declan Donnelly will also return this year as co-hosts.

The show’s 21st series will also be kicking off with a major twist. For the first time in I’m A Celebrity history, viewers can vote for which campmate they’d like to see take on the dreaded first Bushtucker Trial ahead of the show’s Nov. 21 debut. To cast your vote, simply download the official I’m A Celebrity app where you will be permitted to cast up to five votes. Although, you’d better hurry, as voting for the first trial closes at 8 p.m. on Tuesday, Nov. 16.

Despite fears about a change in format for the first time in the show's 19-year history, the I'm A Celeb 2020 launch show broke records, with 14.3 million people tuning in to watch the celebrity campers enter the castle. A few weeks later, 10.2 million people watched Giovanna Fletcher be named Queen of the Castle after toughing it out in the Welsh wilderness.