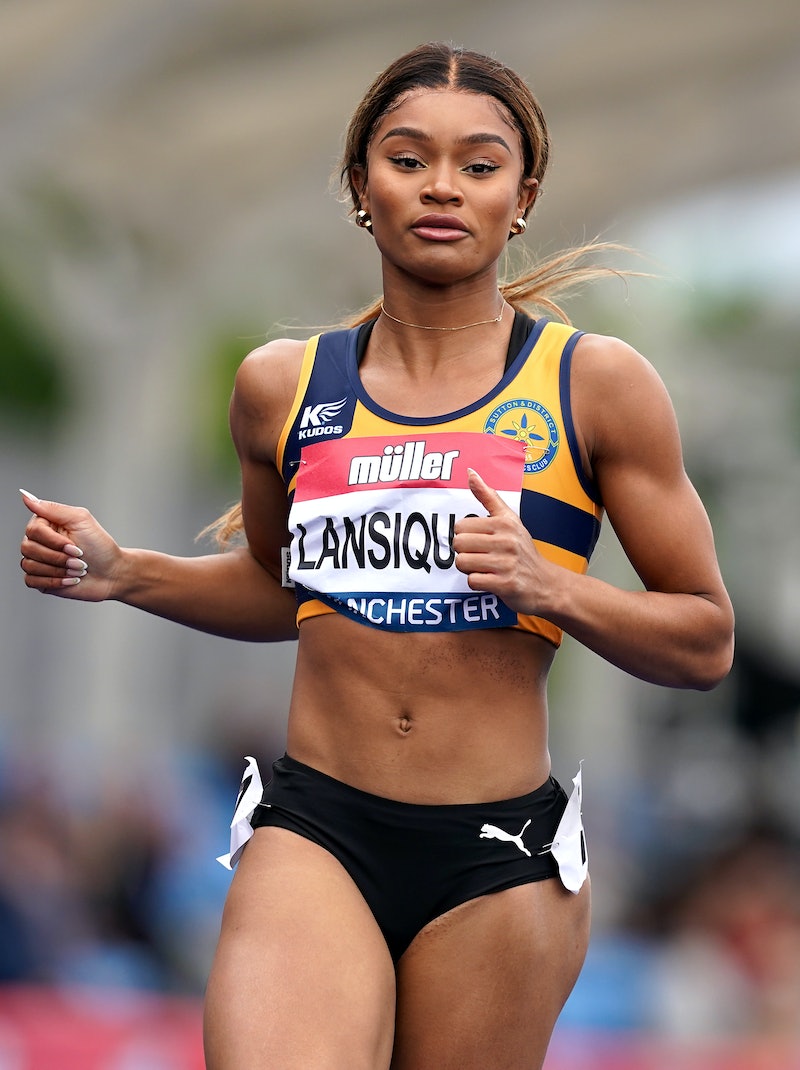 On July 19 the Olympic athletes finally jetted off to Tokyo to compete in the Olympic games, after the event was delayed due to the pandemic. For Team GB sprinter, Imani-Lara Lansiquot, the tournament is an opportunity to make her “family, people, and country proud.” The 23-year-old British Champion from Peckham, South London, is the ‘fourth-fastest female in Britain’ and, will be representing Team GB in the 100m relay. As she prepares to take home a medal, here’s everything you need to know about Imani-Lara Lansiquot.

Lansiquot is of St Lucian heritage and, despite the fact that she was named after star Trinidadian cricketer Brian Lara, she was clearly destined for athletics from a young age.

While Lansiquot graduated from King's College London with a degree in psychology, the talented sprinter says her childhood dream has always been to represent the country at the Olympics.

“I had been thinking of Tokyo 2020 since I was 12 so that's 10 years in my mind!” she told Sky News ahead of the tournament. “It will be my first Olympic vest and that's what every young athlete is striving for. It's been my dream since I was watching Jessica Ennis cross the finish line in 2012 so just making the Olympic team is my biggest goal,” she added.

Though Lansiquot had aimed to compete in this year’s 100m race, the sprinter sadly didn’t qualify, yet will represent the country in the relays. Ever the optimist, on Instagram, she shared that while she was “disappointed” to miss out on the 100m at the Olympics, she reminded young athletes that “belief and betting on yourself ALWAYS is key.”

Leading up to the competition, the rapid-fire sprinter has been sharing her intense training schedule to Instagram. And, from the looks of it, she’s preparing to leave scorch marks on the track come her relay race. Last week, the sprinter ran a “meeting record of 11.15 (-1.4)” (a note-worthy time for those not up on their athletics jargon) and shared her achievement on social media.

When she’s not busy training, Lansiquot can be found spending time with friends and her boyfriend. Alongside photos of her running, she shares snaps of various outfits and outings on Instagram. She also posts cute pics with her fellow Team GB athlete and boyfriend Ojie Edoburun.

In a sweet post on Edoburun’s Instagram page, the two posed together in a mirror selfie, along with the caption “love.” But beyond this, the pair haven’t spoken publicly about their relationship.

Here’s hoping it’ll be a summer of love and success for the couple in Tokyo this year.