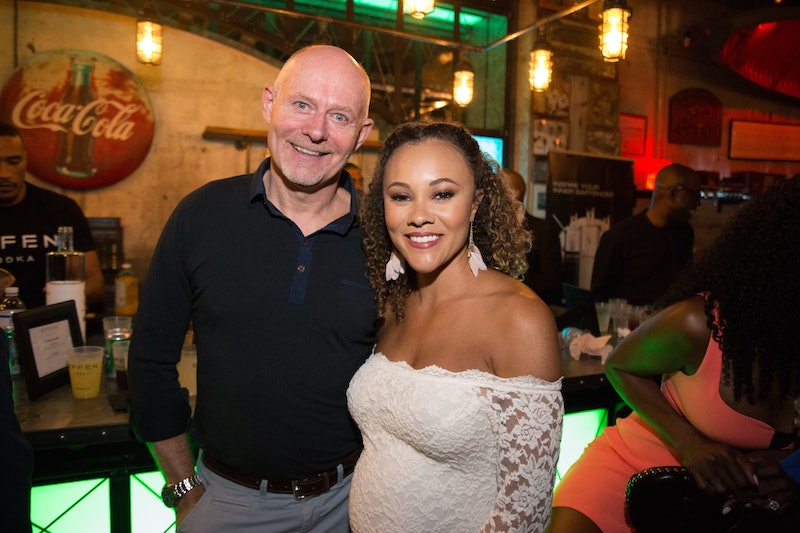 In April 2022, Bravoholics were shook when The Real Housewives of Potomac star Ashley Darby announced that she was divorcing her controversial husband Michael Darby after “eight magical years” of marriage. Now, she’s telling her side of the story on RHOP Season 7, which premiered on Oct. 9 — but as seen on the season premiere, some of her co-stars are questioning how serious she actually is about the divorce.

As Ashley explained to Gizelle Bryant, Karen Huger, and Robyn Dixon, she and Michael are only separated for now, as the state of Virginia requires married couples to separate for a year before filing for divorce. However, the two are still looking into buying a house together with their shared LLC, which had the ladies crying foul. “This is not a divorce, this is not even a separation,” Gizelle exclaimed, with Karen agreeing that “this does not say divorce to me.” Her friends advised her to watch her back if she moves forward with the divorce process, but Ashley isn’t too worried. “I think I’ll have a more amicable divorce because it was something that happened gradually over time, but certainly as it starts to become more real for him, Michael could become more vengeful,” she said.

As of publication time, Ashley and Michael have yet to file for divorce and still choose to call it a separation. As Ashley tells Bustle, they’re still on the road to divorce but remain committed to keeping things friendly — without reconciling romantically. “This is the hardest decision I’ve ever had to make, and we’re still going through it,” she says. “There’s some roadblocks we haven’t hit yet. But Michael is such a great father, and we’ll always able to come back together somehow. As co-parents, that is.”

However, viewers will not be hearing Michael’s side of the story, as she told Entertainment Tonight that her estranged husband opted not to film RHOP this season. “Michael has decided that that he doesn't wanna be a part of [the show] anymore, and I respect that,” she said. “It was a really difficult thing, where he didn't have any privacy for a while there. Granted, it was from some of his own doing but... he says, ‘I'm 62 years old and I just wanna have my life back,’ and I respect that.”

In the season premiere, Ashley attributed their separation to a gradual series of events, including a recent instance in Miami in which Michael asked her to have a threesome with another woman, a former pattern that his wife had asked him to stop years prior. Ashley will continue to unravel why they’re headed for divorce throughout the season, stating there was another incident that became the deciding factor to separate. “There is something that happened, that I do share in this season, that was sort of the pivotal moment that made it come to fruition,” she told ET. “But ultimately ... it's just been piling up.”

More like this
RHOP’s Robyn Dixon Explained Why Juan Paid For Another Woman's Hotel Room
By Brad Witter
Everything To Know About 'The Real Housewives Ultimate Girls Trip' Season 4
By Jake Viswanath
Andy Cohen Apologized To Larsa Pippen After A 'RHOM' Season 5 Reunion Dust-Up
By Brad Witter
'RHOSLC' Star Jen Shah Refuses To Do A Post-Sentencing Interview With Andy Cohen
By Brad Witter and Jake Viswanath
Get Even More From Bustle — Sign Up For The Newsletter
From hair trends to relationship advice, our daily newsletter has everything you need to sound like a person who’s on TikTok, even if you aren’t.