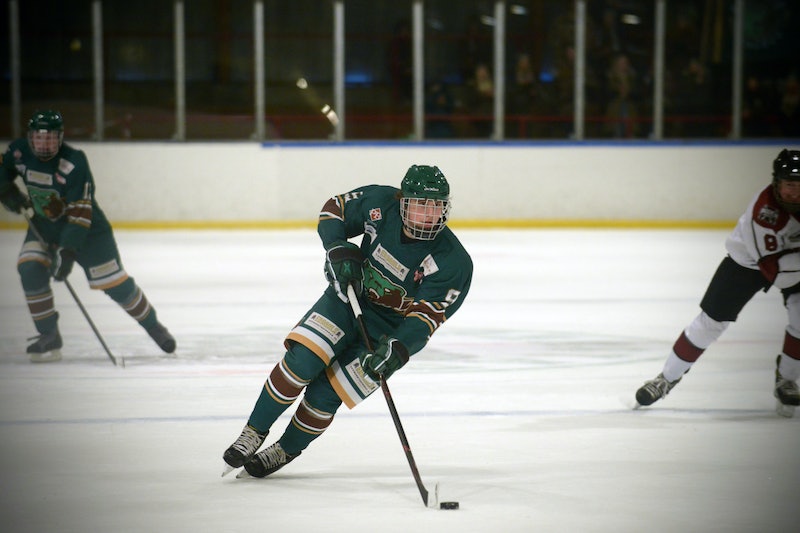 HBO's new drama Beartown tells an all-too-familiar story. Set in a fictional area in Norrbotten, Sweden called Björnstad, it's about a prominent athlete who sexually assaults a woman — and the consequences (or lack thereof) that ripple through the small, hockey-obsessed town.

The series is based on a novel of the same name by Fredrik Backman, who told the Swedish blog Just Nu Just Här that he was inspired to write the book because he wanted to explore the power dynamics that exist within sports. "I interviewed quite a few people in different sports," he told the blog. "Players and leaders and referees and parents. And a recurring thing that I was surprised by was how many people were happy to share scary stories about abuse of power, systematic bullying, violence and sexual violence, but who in the next breath said ... 'You must not tell anyone in the club that I said this.'" He added that there's "a very skewed loyalty that arises there, and a rather scary culture of silence. You probably think partly that you want to protect yourself, but probably also that you want to protect your club."

Sexual assault is a documented problem within sports leagues, and though Beartown is a fictional story, Backman wanted to portray those experiences authentically. As preparation, he talked with survivors of assault and abuse in those types of environments. "If I do not know everything I write, you will not feel anything either," he told Just Nu Just Här. "If the characters in the book are not real people to me, they will never be to anyone else."