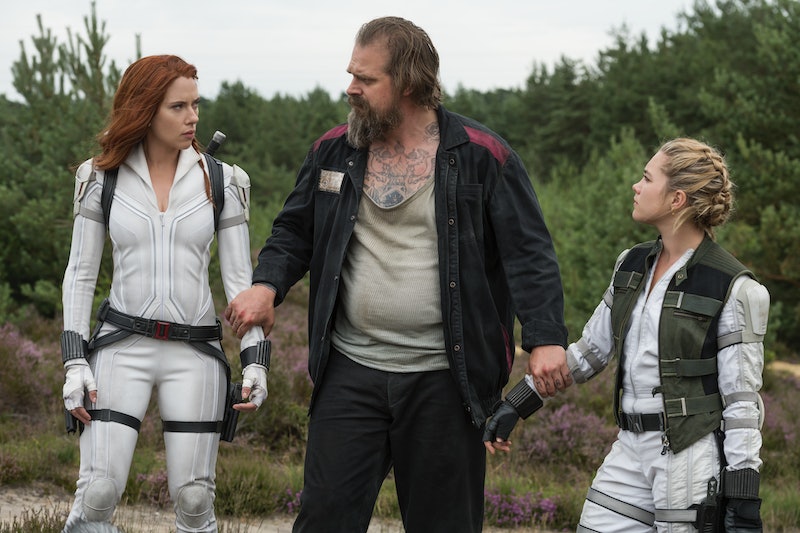 As Phase Four of the Marvel Cinematic Universe gets under way, the very overdue standalone Black Widow film hits theaters and Disney+ on July 9, 2021. Scarlett Johansson reprises her iconic role as Natasha Romanoff/Black Widow, potentially for the last time (although maybe not), in a movie set between the events of Captain America: Civil War (2016) and Avengers: Infinity War (2018). But if you happen to be caught up on the MCU movies, you may be wondering: How could this possibly add to Black Widow’s storyline, given what we know about what happened to her character in Avengers: Endgame (2019)? Is it worth it to add this backward-looking movie to your must-watch list? Turns out, the answer is yes — and here’s why.

Wait, didn’t Natasha die at the end of Avengers: Endgame?

Yes, and this film offers a “fitting ending” to her character’s story, director Cate Shortland told Empire. “In Endgame, the fans were upset that Natasha did not have a funeral. Whereas Scarlett, when I spoke to her about it, said Natasha wouldn’t have wanted a funeral,” Shortland said. “She’s too private, and anyway, people don’t really know who she is. So what we did in this film was allow the ending to be the grief the individuals felt, rather than a big public outpouring.”

By opting to create a prequel of sorts, the MCU can explore an untold story while also, you know, not having to jump through multiverse hoops to bring the character back. It’ll also reference some of Natasha’s backstory, without devoting the entire movie to her pre-Avengers life.

What will this movie be about, then?

From what we know based on available clips, Natasha will face a new and “dangerous conspiracy with ties to her past.” We know at least a little bit about the villain, Taskmaster — a classic character from the comics and a skilled martial artist and trainer who can replicate superhero moves. Taskmaster is apparently connected the Red Room, where Black Widows like Natasha are trained, and the larger Black Widow program. (And, based on the trailer, has been busy training new, even more obedient recruits).

Part of Natasha’s journey will involve reconnecting with her “family,” aka the three other spies who once posed as her family, back when she worked undercover for the Russians. Rachel Weisz, who plays Natasha’s “mother” Melina Vostokoff, has called this supposed family unit a “calculated ruse that only lasted three years.” The other two “family members” are David Harbour’s character Alexei Shostakov (superhero name Red Guardian, and basically the Russian Captain America), and Florence Pugh’s Yelena.

Why is Black Widow’s “sister” so important?

Again, technically she’s not Natasha’s biological sister — as written in the comics, Yelena Belova (played by Florence Pugh) is a Black Widow operative, trained as a replacement and adversary to Natasha once the latter stopped being a loyal Russian spy (think of it as Black Widow: The More Evil One!). But as Johansson told Bustle on the film’s set in 2019, that kind of conflict felt reductive and uninteresting to her. She pushed for an evolution during development. “It just didn’t feel like what I wanted to explore and I think really what audiences want to see,” she said. “So as we [were] taking that feeling and kind of running with that instinct, the relationship developed into what it is, which is a relationship I think that is grounded in a shared experience and a knowingness.”

Black Widow will also introduce Yelena as a successor and new Black Widow. Pugh’s already established herself as a powerhouse actor; judging by what she told Empire, Shortland was even more impressed than she expected. “[Kevin Feige] realised that the audience would expect an origin story so, of course, we went in the opposite direction,” she said. “And we didn’t know how great Florence Pugh would be. We knew she would be great, but we didn’t know how great. Scarlett is so gracious, like, ‘Oh, I’m handing her the baton.’ So it’s going to propel another female storyline.”

Pugh has already filmed as Black Widow for Marvel’s upcoming Hawkeye series, so this film should be a fitting start for a new long-term character. Basically, there are a ton of reasons to watch — not least of them to learn Yelena’s history, which will help fans enjoy future MCU movies.

More like this
Kukulkan From 'Wakanda Forever' Has A Surprising Connection To Marvel History
By Grace Wehniainen
New Details About Jeremy Renner's Snowplow Accident Reveal The Actor's Intentions
By Sam Ramsden
Rupert Grint Just Shared A *Major* Update About Ron Weasley’s Future
By El Hunt
Everything To Know About 'And Just Like That...' Season 2
By Jack Irvin and Grace Wehniainen
Get Even More From Bustle — Sign Up For The Newsletter
From hair trends to relationship advice, our daily newsletter has everything you need to sound like a person who’s on TikTok, even if you aren’t.