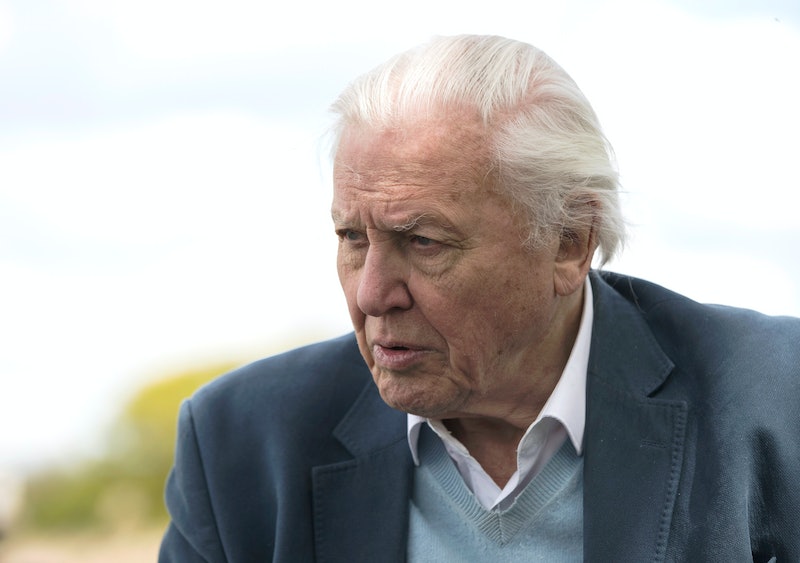 While dogs are a man's best friend, David Attenborough is BFFs with nature. Thanks to his several decades spent making epic documentaries, he's long been considered the go-to man for helping you appreciate the immense natural world. While you might think of him as more likely to spend his afternoons caressing a leaf than canoodling with other human beings, that can't always be the case. You might be wondering if there is a special someone he comes home to after a shoot. So is David Attenborough married?

Attenborough might have been on your mind again recently, particularly as his most recent Netflix documentary A Life On Our Planet has left many viewers with a hell of a lot to think about. It aired on Oct. 4 and has been described as “a powerful first-hand account of humanity’s impact on nature and a message of hope for future generations.”

A Life On Our Planet is the first time Attenborough is looking back on his sensational career which has taken his viewers to every continent on his adventures, documenting all creatures great and small. He’s been a prominent climate change activist and advocate for the world for decades and he says, “the natural world is failing. The evidence is all around. It's happening in my lifetime. I've seen it with my own eyes." Needless to say, his new film is a difficult watch. But is there someone at home who’ll be watching it with him?

Attenborough's not currently married, and the story behind his marital status is actually really sad. As the Guardian reports, Attenborough married his first love Jane Elizabeth Ebsworth Oriel in 1950. They were together for 47 years before she died of a brain haemorrhage in 1997 while Attenborough was filming in New Zealand in 1997. He was recording The Life of Birds for BBC1, and made it back just in time to say goodbye to his wife on her deathbed.

Writing in his memoir Life On Air, which was published in 2010, Attenborough recalls his wife's last moments in a heartbreaking account, remembering how the doctor suggested that he hold her hand to see if she would clasp it back: “She did, and gave my hand a squeeze. The focus of my life, the anchor had gone…now I was lost.”

The nature presenter hasn't remarried, but has instead tried to combat his grief by throwing himself into his work. It might be part of the reason why everything he's done has been so openhearted and tinged with love. The Express reported that in 2009 he said, “I coped by working. It was the most fantastic luck that I was able to work. If my life had gone a different way - say I had gone into the oil business, which I once considered doing - I would have been out at 60.”

And while the late Jane sadly won't be at home to enjoy A Life On Our Planet with him, she did leave behind their two children Robert and Susan, as The Sun reports, who will be around.

While Attenborough's spent his career telling stories of the natural world, his own story contains within it all the tragedy and beauty of nature itself. Death, birth, and renewal: every living creature on this Earth has to go through it. I just feel so grateful that I get to do it on the same planet as David Attenborough.

More like this
Twitter Can’t Get Over This One Part Of Lily Allen & David Harbour’s House
By El Hunt
David Beckham’s Controversial Qatar Deal Skyrocketed His Net Worth
By Catharina Cheung
Vanessa Bauer Is Reportedly Dating Her 'Dancing On Ice' Partner
By Darshita Goyal
Barney Walsh Has Been Linked With This Famous Miss World Winner
By Sophie McEvoy
Get The Very Best Of Bustle/UK
Sign up for Bustle UK's twice-weekly newsletter, featuring the latest must-watch TV, moving personal stories, and expert advice on the hottest viral buys.

This article was originally published on April 2, 2019