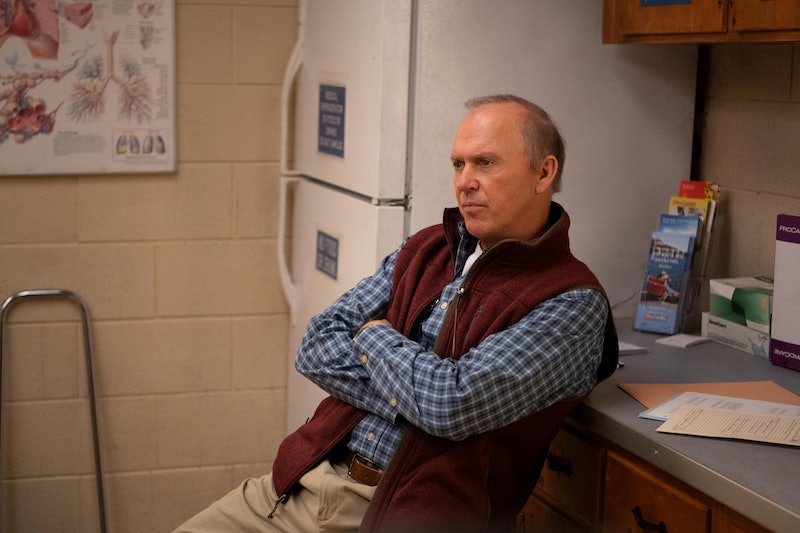 Fans of HBO’s Chernobyl will remember Emily Watson’s portrayal of Ulana Khomyuk, a stand-in for the numerous scientists who worked to uncover answers and seek justice following the 1986 Chernobyl tragedy. Hulu’s new limited series Dopesick seems to employ a similar strategy with Michael Keaton’s character Dr. Samuel Finnix, distilling the experiences of doctors across America at the outset of the opioid crisis.

Based on Beth Macy’s 2018 investigative novel of the same name, Dopesick explores the role of Purdue Pharma in instigating the epidemic. Purdue is owned by the Sacklers — one of the richest families in the U.S. — and aggressively marketed OxyContin in the early ‘90s. In doing so, the company allegedly downplayed the addictive nature of the drug, which is now one of the most commonly abused prescription drugs in the U.S. In 2003, the Drug Enforcement Administration found that Purdue’s methods had “very much exacerbated OxyContin’s widespread abuse” and concluded that Purdue had “deliberately minimized” the risks associated with taking OxyContin. (The Sacklers have denied any wrongdoing. In September 2021, Purdue was dissolved in a bankruptcy settlement that largely absolved the family from any liability and ended the more than 3,000 lawsuits that have been brought against the company).

Dopesick begins in 1996, exploring the substance abuse and decay that overtakes a Virginia mining community over the course of the next decade. At the center of that community is Keaton’s Dr. Finnix, a devoted medical professional and a kindly pillar in the town. What’s most important, and ultimately unfortunate, is that Dr. Finnix is a trusted member of the community, as it’s him who inadvertently becomes responsible for the spread of Oxycontin in the town. “These people, my people, trusted me. I can’t believe how many of them are dead now,” he says in the show’s trailer.

After a Purdue Pharma sales representative named Billy (Will Poulter) visits Finnix to promote the “miracle” properties of OxyContin, the doctor begins prescribing the painkiller to his patients. Though Billy asserts that less than 1% of users will become addicted to the drug, community members soon begin to succumb to their reliance on OxyContin. “I think maybe that medicine might be just a tad more addictive than you said,” Finnix tells Billy on a subsequent visit.

This is representative of the innumerable doctors who unwittingly prescribed OxyContin under the assumption that it was less addictive than other painkillers. Appalachian communities like Finnix’s have been hit particularly hard by the epidemic: according to the U.S. Department of Health and Human services, the opioid overdose death rate was 72% higher in Appalachian counties than other regions in 2017. So while some of the characters in the show, like Purdue Pharma’s chairman Richard Sackler (Michael Stuhlbarg), are based on real people, there were perhaps too many doctors, too many stories of ravaged communities for Dopesick to choose from when crafting Keaton’s character.

More like this
Pamela Anderson's Sons Brandon & Dylan Have Their Own Hollywood Careers
By Arya Roshanian
Wait, Is Barney Stinson Related To Sophie On 'HIMYF'?
By Gretchen Smail
The Mysterious Gunther Corporation From 'Gunther’s Millions' Has Dissolved
By Brad Witter
Pamela Anderson’s Dating & Marriage History Could Be Its Own TV Series
By Jake Viswanath
Get Even More From Bustle — Sign Up For The Newsletter
From hair trends to relationship advice, our daily newsletter has everything you need to sound like a person who’s on TikTok, even if you aren’t.