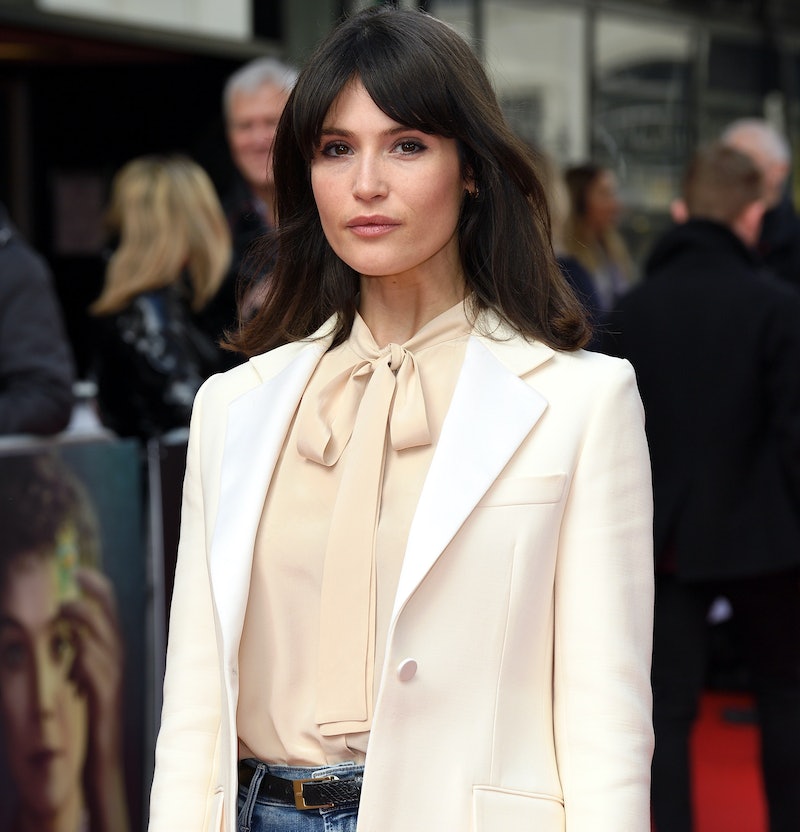 Gemma Arterton is currently starring as Sister Clodagh in Black Narcissus, the BBC remake of the 1947 film of the same name. Exploring suppressed desires brought out by the secret past of a convent, the drama is surprisingly steamy for a show about nuns. With characters' inner lives crucial to the plot and Sister Clodagh at the heart of the action, attention has turned to the private life of the actor who plays her. So who is Gemma Arterton dating?

Arterton wed fellow actor and Peaky Blinders star Rory Keenan in 2019. According to the Irish Mirror, the couple were married in a private ceremony at Ballybeg House in Ireland's County Wicklow.

The pair got together in 2017, with their relationship becoming public knowledge after they were spotted looking cosy at British Summer Time festival in Hyde Park, per The Mirror. In May 2019, Arterton sparked engagement rumours after she was seen wearing a ring.

Her marriage to Keenan isn't Arterton's first — in 2010 she wed Italian businessman Stefano Catelli, but the pair separated in 2013 and were granted a divorce in 2018.

In an interview with Marie Claire the year of the split, Arterton was upbeat about her time with Catelli. "It was a wonderful time and I have nothing bad to say about it," she said. "Even if they don’t last relationships can enrich your life in some way and then you move on to the next part – it’s all part of the process of living."

However, she added that the experience had left her feeling conflicted about marriage: "I don’t know how I feel about marriage; whether it’s really necessary. If you are not religious, what does it mean? I’d always thought that – then I got married. And now I still believe in what I believed in when I was a child."

But the actor changed her mind when she met her now husband Keenan. Speaking in a Dec. 2020 interview with Red magazine, Arterton explained that, despite her friends joking that she would marry eight times like Elizabeth Taylor, she felt sure about Keenan from the beginning. "When I met Rory, very early on I thought, 'Oh, I hope he asks me to marry him one day!'," she revealed. "He has the most beautiful soul. I think that as you get older, that's what you need, that's what you want. I just want to feel like I'm with someone that is good and makes me feel good."

The pair share a cocker spaniel who they view as their child. Arterton told Harpers Bazaar in 2019: "He’s just a bundle of joy – the most loving, sweet-natured, silly creature. Rory and I call him our first-born son."

The Quantum of Solace star has previously stated that she is unsure about whether she wants to have children, due to concerns over the current state of the world. "I do see kids in my future but sometimes I think about the world we're living in and I'm not sure how I feel about bringing a kid into it at the moment, you know?" she told Red magazine.