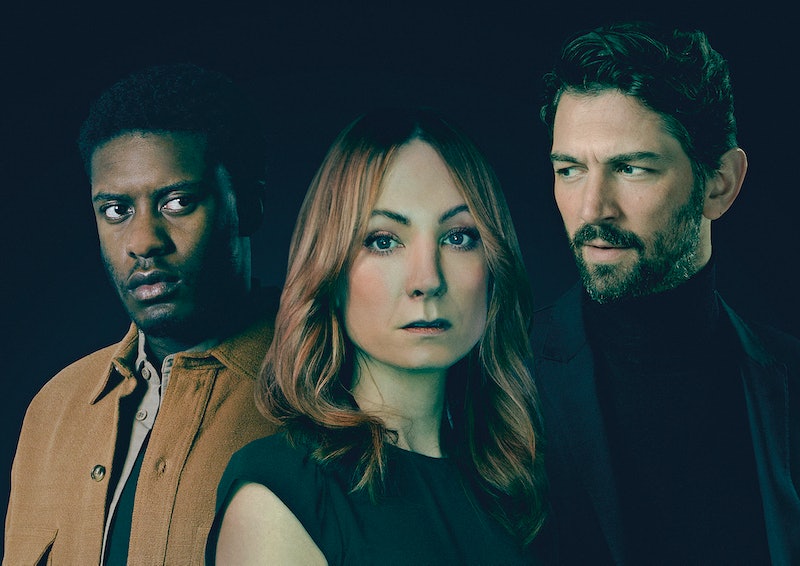 Following the success of Liar, writers Harry and Jack Williams are back with another ITV primetime drama starring Joanne Froggatt and it looks just as compelling as their previous efforts.

The series takes its name, Angela Black, from its main character who is played by Froggatt, naturally. Black has a seemingly perfect life with her husband and two sons. However, all is not what it seems in their home as Angela is behind a facade of happy family life Black is actually a victim of domestic abuse. With the focus being on one particular victim and her family, you may be wondering is Angela Black based on a true story?

Angela Black isn’t based on one true story, rather a multitude of real-life experiences from victims of domestic abuse. In order to understand the character they created and wrote for, the writers hired consultants and spoke to people who work in shelters to reflect the “insidious and subtle” nature abusers can have on their victims. “I think the key thing is that this is something that happens a lot, but people do not always understand or read about it,” Jack explained to ITV. “I think it is very easy to watch shows about abuse and go ‘well… I’d just leave.’ It is not as simple.”

This sort of drama can also encourage a change in behaviour in those who are unknowingly a bystander to abuse, as Froggatt noted. “I feel that drama and entertainment can be a window into a subject matter for an audience that may never have thought about or may never have been on their radar,” she explained. “If any of that happens it can only be a positive… We’re not saving lives, it’s a television drama, but just to pen up a subject matter to a wider audience is helpful when it’s done in the right way.”

The actor hopes that as well as being gripped and entertained by Angela Black, audiences can leave the show “thinking about Angela’s situation and how people are affected by these issues.” That, and possibly “not being as dismissive about them as they were before.” A laudable aim.

More like this
ITV's 'Maternal' Was Inspired By A Very Simple – & Unanswerable – Question
By Maxine Harrison
ITV’s New Take On 'Love Island' Is Only For MILFs & DILFs
By Sam Ramsden
'The Last Of Us' Has Officially Been Renewed For Season 2
By Darshita Goyal
'Abbott Elementary' Fans Probably Missed This 'Parent Trap' Easter Egg
By Sam Ramsden
Get The Very Best Of Bustle/UK
Sign up for Bustle UK's twice-weekly newsletter, featuring the latest must-watch TV, moving personal stories, and expert advice on the hottest viral buys.