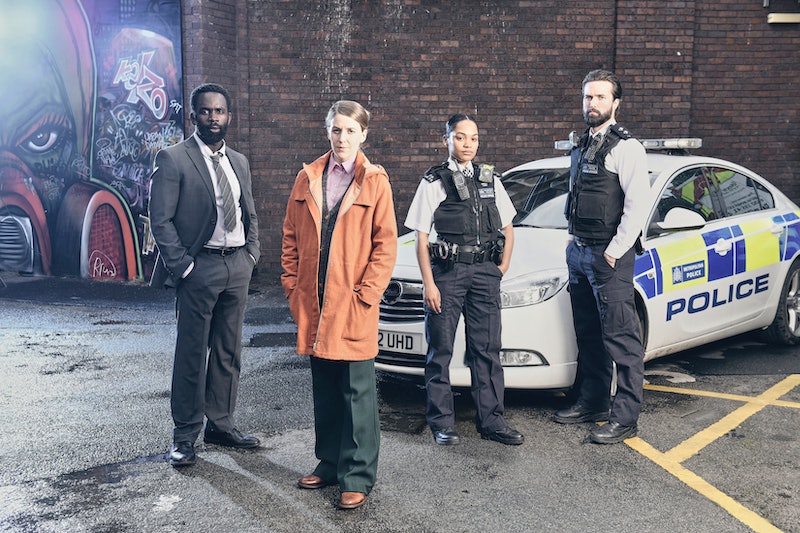 Adapted from Kate London’s debut book Post Mortem, ITV’s three-part drama The Tower follows DS Sarah Collins (played by Gemma Whelan) as she leads an investigation into the death of a veteran police officer and a teenage girl who fell from the roof of a tower block in south east London. Rookie police officer Lizzie Griffiths (played by Tahirah Sharif) is left behind on the roof along with a five-year-old boy. But, within hours, Griffins has disappeared. With all that drama to contend with, you may be wondering if there’s any truth to The Tower. So is it based on an actual event?

In a way, yes. While the story is fictional, Kate London just so happens to be a former detective constable for the Metropolitan Police, and used her experiences on a Major Investigation Team on the Homicide and Serious Crime Command to inform her writing as a crime novelist.

Speaking to BT TV, the novelist said “Within a matter of weeks [of joining the police] I was writing – not for publication, but because I just had to get down on paper the world I encountered: its complexity, laughter, loyalty, the moral conflicts and the dangers that were not only physical. Policing showed me [the city of] London in a way no other job could. The product of this experience was my first novel, Post Mortem.”

In a press release sent to Bustle UK, the author speaks about how writing her experiences down was a helpful way of processing them “When I was a child, I was always writing little stories and poems,” she began. “Writing is really joined up for me emotionally. So, when I started policing, I’d find myself writing scenes and little bits of prose or a phrase or a sentence and I suppose that was helping me to think through the things I had experienced. I hadn’t written like that since I was a child. Working response, you are taking 999 calls all day. It’s one after the other after the other. Here’s the family where the child needs to be taken into care. Here’s the lost old Bassett hound snarling at people in the street. Here’s the dead person. Here’s the ‘this’ and here’s the ‘that’. It’s very strong, all these different experiences all hard up against each other. And then it stops being like that. It changes. One day this becomes normal.”

While the story featured in The Tower is entirely fictional, London says her early days in the force acted a template for the younger female characters like Lizzie Griffiths. “I instinctively chose Lizzie to be young-in-service, as we call it, as this is a uniquely vulnerable moment,” she said in the press release. “An officer at the start of her career is looking around, trying to work out how it’s done.”

The Tower begins on ITV on November 8 at 9 p.m. It will be shown at the same time across three consecutive nights.