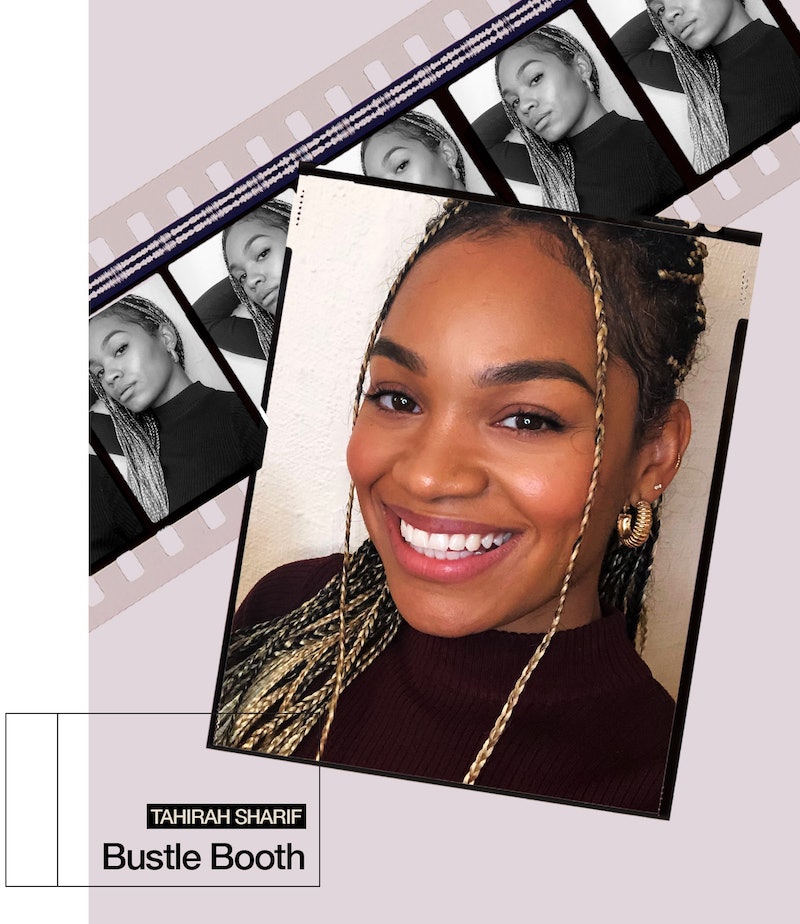 Tahirah Sharif’s portrayal of rookie police officer Lizzie Adama, a central character in ITV’s The Tower, wasn’t inspired by any one particular person. Instead, the actor crafted much of the character’s backstory herself. “Lizzie is a Black policewoman from south London who has quite naively entered the world of policing wanting to help her community,” Sharif tells me as we chat over Zoom.

Based on the book Post Mortem by Kate London, ITV’s The Tower centres on the hunt for a police officer who disappears following the deaths of a veteran cop and a teenage girl at a London tower block.

Reflecting on her time filming the crime drama, Sharif says The Tower was an “intense shoot” due to production time constraints. However, her relationship with the show’s cast — including Gemma Whelan, Emmett J. Scanlan, Jimmy Akingbola, and Nick Holder — helped to ease that pressure.

“I particularly enjoyed working with Nick,” Sharif says. “The bond of our characters filtered into our real-life relationship. There was loads of banter between us on set that I really hope comes across on screen.”

Although it was, an all-around positive experience, filming the drama in Liverpool during a particularly rainy month of June did have its drawbacks. She recalls: “The crew shouting ‘Tahirah’s on the set, it’s going to rain!’ became a running joke. Almost every time I filmed there was a thunderstorm and trying to do emotional, heavy dialogue with rain lashing your face is so challenging.”

Sharif’s previous credits include Casualty, A Christmas Prince, Whitechapel, and Netflix’s The Haunting of Bly Manor. “That whole experience was very cool,” the actor says of the latter. “I was like ‘oh my god’ when I saw my face on a Netflix thumbnail.”

Fans of the BBC’s Waterloo Road might also recognise Sharif as high school student Carrie Norton, a role she “adored” playing. “We would film for like 11 hours in a real school wearing a uniform, and before long I was behaving like a young teenager again. It was strange,” she recalls from her time filming the hit drama, which is set to return for a 2021 reboot. “I’m so happy it’s coming back. I think Britain is missing a really good school drama that tackles the issues of today.”

Sharif also names the National Theatre production of Moon on a Rainbow Shawl as another career highlight. “I’m a south Londoner and the National Theatre is just up the road from where I grew up. It was always so iconic to me and being able to perform there every day was just incredible.”

Get to know more about Tahirah Shari below.

London & whichever city/country I’m working in at the time.

“Keep the change ya filthy animal” from Home Alone.

Hey Arnold and Pinky and the Brain.

Final Space, whilst very eagerly waiting for Ozark to return.

Probably Made in Chelsea as it’s shot in my hometown of London, and it’s been one of my guilty pleasures for the longest time. Also, they’re not particularly good at just saying it how it is, which I feel I could help out with!

A Thousand Miles by Vanessa Carlton or Teenage Dirtbag by Wheatus if I’m singing with one of my best friends who loves this song!

My Mum inspires me. She’s in her sixties but has the looks, energy and strength of somebody at least 15 years younger. She’s genuinely one of the most awesome people anyone could hope to meet in their lifetime.

That I had some form of positive influence on their life.

More like this
Everything To Know About The 'Daisy Jones & The Six' TV Series
By Maxine Harrison and Brad Witter
Con O'Neill Was Connected With Sarah Lancashire Long Before 'Happy Valley'
By El Hunt
'Bridgerton' S3 Will Show A *Very* Different Side To Kanthony
By Sam Ramsden
Twitter Is Burning As Phoebe Dynevor Reveals Daphne’s 'Bridgerton' Exit
By Sophie McEvoy
Get The Very Best Of Bustle/UK
Sign up for Bustle UK's twice-weekly newsletter, featuring the latest must-watch TV, moving personal stories, and expert advice on the hottest viral buys.