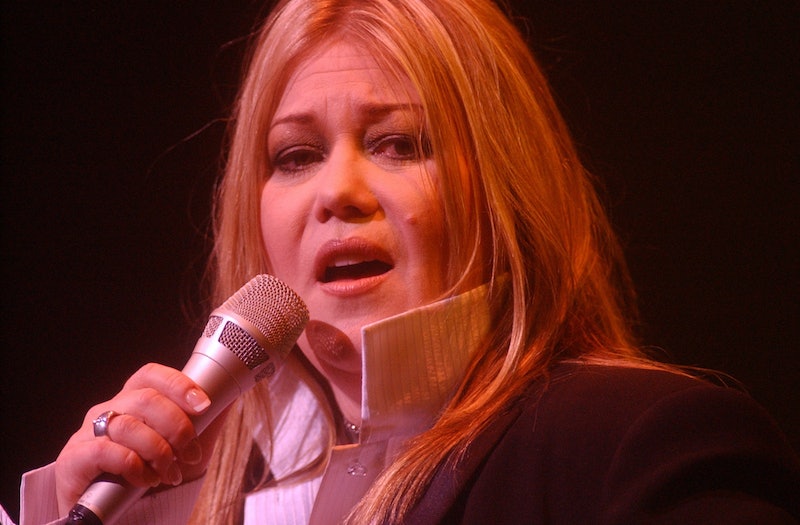 Two seasons of the hit Canadian comedy series Jann are coming to Hulu on Jan. 29. Created by and starring singer Jann Arden, the show is loosely based on Arden's real life — except she's enjoyed a long, successful career, whereas her character's success petered out in the '90s. Jann follows a fictionalized version of her as she tries to make it big again.

That means there are some storylines that are quite painfully true to life. For example, Jann's mother in the show has Alzheimer's, which Arden's real mother also struggled with before her death in 2018. Arden told the Toronto Star that shooting the scene where her character's mother is diagnosed was extremely difficult for her. "I cried. I think we all cried. I couldn't stop crying," she said. "I wanted that scene to be very real to educate people, but we kept doing it over and over. In television it's the two shot, the side angle. And over again. I was emotionally exhausted."

However, Arden also felt it was important to make some changes. For instance, her character has a sister instead of two brothers like Arden has in real life. "I did need some separation because it helps to create a new world for me," the singer told the Toronto Star. "It gave me room and space to play a little bit." She also told the Calgary Herald that her character is different than her in a few key ways. "My character is so flawed and a little bit narcissistic and much braver. She just doesn't care what people think. I do, myself. But it's fun to play somebody who just has no gate anywhere. I just trample through life."

For the most part, though, what you see on Jann is who Arden really is. She told the Toronto Star that she doesn't consider herself an actor, and Jann seemed like a project she "could pull off." She added, "I'm just being me. I think that's what makes the show work."