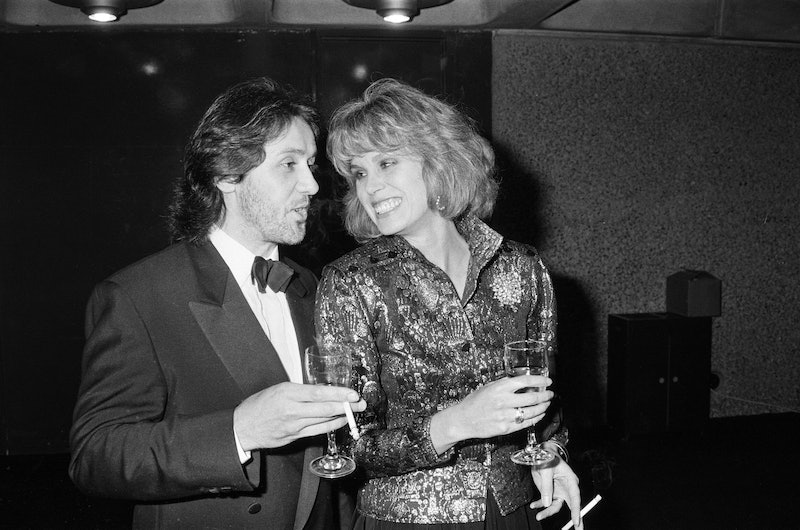 Joanna Lumley has been in the entertainment business for over 50 years. She counts Coronation Street and The New Avengers among her early on-screen appearances, before shooting to fame opposite her comedic partner in crime, Jennifer Saunders, in Absolutely Fabulous. Lumley’s character Patsy Stone was completely outrageous, totally loveable, and one that has really stood the test of time. Since Ab Fab, Lumley has traveled the world making documentaries and films – viewers can follow her recent travels through the UK on ITV's Home Sweet Home. So, who is Joanna Lumley married to?

Starting out as a model, before moving into acting, Lumley has played a Bond girl, won multiple BAFTAs, and received an OBE along the way. Throughout her varied on-screen career, Lumley has always said she values independence in her relationships. It was in 1970, long before her Ab Fab days, that she married her first husband, the writer Jeremy Lloyd. However, the partnership was short-lived, and they parted ways in 1971.

Over a decade later, Lumley married conductor and pianist Stephen Barlow, best known for his work in opera, and as the former artistic director of the Buxton Festival. The pair have been together for 35 years, but the Sun reported that they first met much earlier, at a wedding when Lumley was 31. Remembering that day, Barlow told Hello: "Jo looked amazing in a turquoise coat. I'd never seen anything so glamorous and statuesque."

Previously, Lumley has spoken about how the couple have stayed in touch when their work takes them elsewhere. "It is hard leaving my husband, my home, garden and cats, and it feels like a terribly long time, but I try not to miss things," she told Woman’s Weekly magazine. "I tend to keep in touch with postcards because I’m old-fashioned."

Speaking on the Jonathon Ross Show [per Hello magazine] Lumley explained that while postcards may be seem old-school, "You don't want people to keep phoning. If you're on the other side of the world it's always the wrong time."

Barlow and Lumley haven’t had children together, but she does have a son from a previous relationship, Jamie Lumley. He was born when Lumley was 21, and has gone on to have two daughters of his own. In interviews, Lumley has spoken about the close relationship she has with her granddaughters. Before the release of the Absolutely Fabulous film in 2016, she revealed they’d never seen her as Patsy. Speaking to Good Housekeeping at the time, she said: “It’s quite odd for them because Patsy comes wrapped up in my body. They have never seen me being Patsy, so you kind of flinch slightly, but they laugh a lot. I think they think we are terrifyingly vile.”