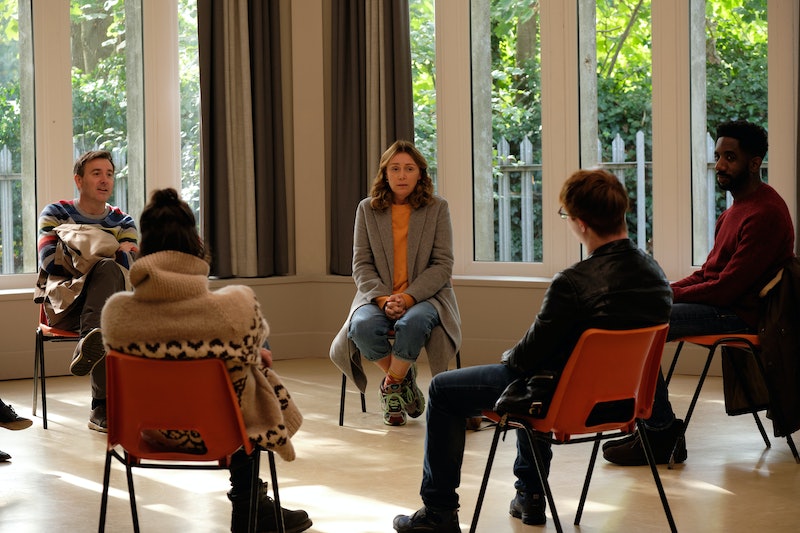 In ITV’s dark comedy Finding Alice, Keeley Hawes plays a grieving wife determined to uncover the truth behind her husband Harry’s death. What is first believed to be a freak accident turns into something much bigger as secrets begin to unravel, resulting in multiple story threads being left unanswered in the final episode. So will Finding Alice return for season two?

Despite ending on a cliffhanger, ITV has yet to announce whether the series will return. I’ve reached out to a rep for the broadcaster to see if a second series is in the cards, and will update this piece when new information becomes available. For now, Finding Alice’s return is up in the air. However, some cast members are very optimistic that the story threads will be resolved in the near future.

Isabelle Pappas, who plays Alice and Harry’s daughter Charlotte, is more than happy to return to her character if the series were to move forward. Like everyone else, Pappas “needed to know what happens next” after the events of the last episode. “It’s good because it’s funny. It answers the questions that season one presents but then it gives us a beautiful opening for another season,” the actor told Metro. “It would be amazing if we did a season two.” She repeated these sentiments in an interview with BT, saying that she’s “so hopeful” for Finding Alice to continue beyond its first six episodes. “Picking up from that point would be amazing because it all gets so much crazier.”

And it totally would. Why does George have access to the controls of Alice’s smart house, and why is he watching her and Charlotte? Did Harry freeze his sperm for Alice or for Tanvi, a property developer who worked closely with him up until his death? And will Alice go ahead with having Harry’s baby via the frozen sperm? So many questions with little to no answers.

All six episodes of Finding Alice are available to watch on the ITV Hub.

This article was originally published on Jan. 25, 2021