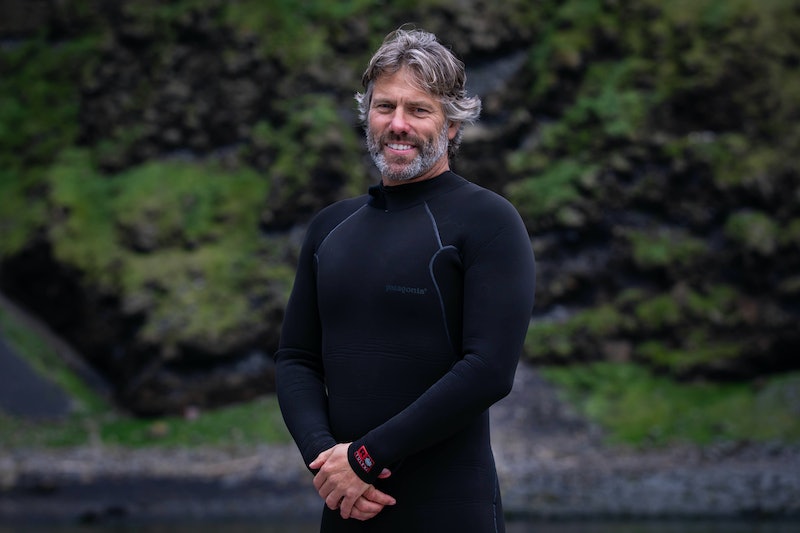 Comedian John Bishop has stolen hearts of the nation with his new documentary series for ITV, John Bishop's Great Whale Rescue. The show first aired on Oct.12 and tells the heartwarming – and at times heartbreaking – story of two beluga whales being released from captivity and into an ocean sanctuary. But what inspired the comedian to don a wetsuit in the first place? And more importantly, is John Bishop married?

The award-winning stand-up comedian, who hails from Liverpool, is also a stand-up husband and dad. He lives in Cheshire with his wife, Melanie, and rescued potbellied pig Lucky, and three dogs. The Bishops also have three sons, Joe, 26, Luke, 24 and Daniel, 22.

John and Melanie married back in 1993 and celebrated their 27th wedding anniversary back in March 2020. To mark the occasion, Bishop shared the sweetest Instagram posts, which included a video clip of Melanie wearing her wedding dress, twirling in the garden, and a rather adorable message.

"27 years ago today when the world was a different place I married @melbish1," he wrote. "Every year she gets into the wedding dress and spins in the garden and every year I get a little bit fatter and wonder where the years went. It’s been a hell of a journey and I can’t imagine I could have done with anyone else." (I'm not crying, you're crying.)

But their relationship wasn't always so solid. The couple in fact broke up for a brief time. Speaking on the The Jonathan Ross Show in 2014, Bishop recounted how his and Melanie's marriage broke down: “There was no huge fight or revelation about someone else,” said the Scouse comic. “We just grew apart. Maybe it had something to do with having three kids so quickly. For six years there was always someone in the house in nappies. Our marriage just faded."

After divorcing and establishing separate lives, but remaining close by for the sake of the boys, Bishop found himself telling jokes at a local comedy club called the Frog and Bucket. Their flame was "eventually reignited", as per The Mirror, in the strangest of ways. About 18 months after splitting, Melanie visited the Frog and Bucket to find her estranged husband on stage and telling jokes about killing her and keeping her head in the fridge because “I knew I’d miss her”.

Family life aside, Bishop had a life-affirming experience filming his documentary with Beluga Whale Sanctuary and Sea Life Trust. The two-part documentary sees John's mission to return Little White and Little Grey from captivity in China to the Icelandic beluga. It's a 6000-mile journey, with a lot of difficult moments.

Great Whale Rescue has been very well-received with many praising Bishop for all his input during the expedition.

Following the final episode which aired on Oct.13, Bishop shared that the Great Whale Rescue was "one of the best experiences" of his life.